Amber Heard Claims She’s Been Fired From The ‘Aquaman’ Franchise 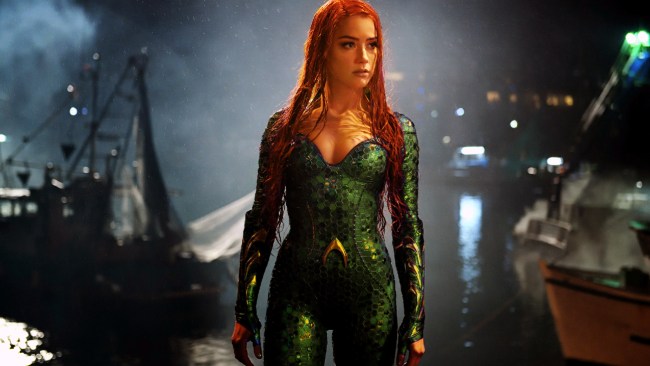 During her testimony this week, actress Amber Heard — who is being sued for defamation by her ex-husband Johnny Depp in a $50 million lawsuit — claimed that Warner Bros. has released her from her Aquaman contract, effectively firing her from her DCEU role.

Heard starred in the 2018 film Aquaman, which grossed over $1 billion worldwide, as Mera, the princess of Xebel, the daughter of Dolph Lundgren’s King Nereus, and the love interest of Jason Momoa’s Arthur Curry.

While Heard filmed scenes for Aquaman and the Last Kingdom — which was originally scheduled to hit theaters later this year before being delayed to next March — the 36-year-old actress now claimed that she doesn’t know how much she’s in the final cut of the film, if at all, and that the studio has released her from her contract.

Amber Heard says she’s been “released” from her Aquaman contract

When asked if she had been replaced in Aquaman 2, Heard responded: “They released me from my contract. And I fought to stay in it, and they kept me in it. I just don’t know how much I’m in, actually, of the final cut.”

She later went on to state in the courtroom: “I don’t know if I will even be in the final cut or how much I will be. It was difficult to stay in the movie.” [via Newsweek]

Heard’s testimony about her Aquaman contract comes as a petition on Change.org calling for her to be removed from the film recently surpassed 4 million signatures.

In addition to Heard, Aquaman and the Lost Kingdom — the sequel to 2018’s billion-dollar-grossing Aquaman — stars Jason Momoa as the titular King of Atlantis, Willem Dafoe, Patrick Wilson, Dolph Lundgren, Yahya Abdul-Mateen II, Nicole Kidman, and Temuera Morrison. At this time, the James Wan-directed film is scheduled to hit theaters in the United States on March 17, 2023.