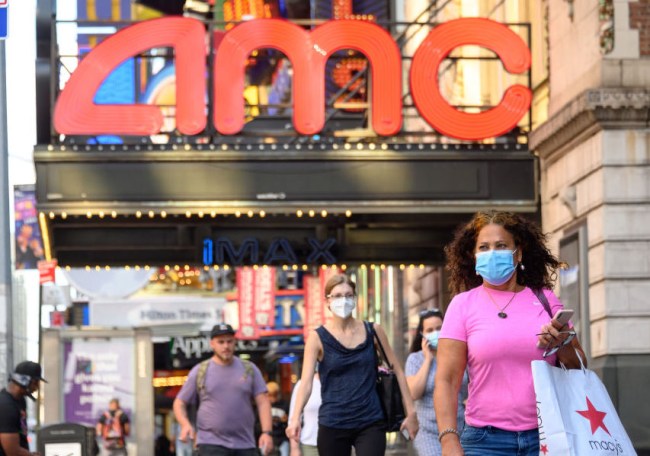 The summer is traditionally the biggest time of the year for the movie industry but the only blockbusters that have topped the box office over the past couple of months are Jurassic Park, Back to the Future, and the other nostalgia-inducing titles drive-ins have turned to in order to keep people entertained after all of the major movies that were supposed to entertain us during the warmer months of 2020 had their release dates postponed.

Two weeks ago, the movie world celebrated the first anniversary of Quentin Tarantino’s Once Upon A Time In Hollywood and I couldn’t help but reminisce on that film’s premiere, as it epitomized everything I love about the summer moviegoing experience. Looking back on that seriously exacerbated the pain of a period that marks the longest I’ve gone without going to a theater since the first time I stepped into one, and while I’ve caught some of the less-anticipated new releases that have quietly rolled out on digital platforms, nothing can replace overpriced snacks and having someone kick the back of your seat for two hours.

Thankfully, it now appears that we may be able to return to the fabled cathedral of cinema that is the theater in the not-so-distant future, as the Associated Press reports AMC will be reopening over 100 locations across the United States on August 20 and celebrating the occasion by selling tickets for just 15 cents on that day. However, the “Movies in 2020 at 1920 Prices” promotion (damn, that really rolls off the tongue) doesn’t coincide with the release of any new films, meaning you’ll only be able to pick from a limited slate including Black Panther, Ghostbusters, and screenings of Inception being held to celebrate the film’s 10th anniversary ahead of the release of Tenet.

We are excited to share we will open more than 100 U.S. locations on Thursday, 8/20. Another 300 will open during the following 2 weeks and the remainder will open only after authorized to do so by state and local officials. Check for your theatre now: https://t.co/4yQ7dhTF21 pic.twitter.com/DInzxtmvMW

AMC says it’s aiming to open 300 locations by the beginning of September and will resurrect others when local regulations that currently prohibit them from screening films are lifted, noting all theaters will be operating at limited capacity and require guests to wear masks inside.

I’m seriously hoping that this works out safely, as only having to pay 15 cents for a movie ticket is definitely intriguing and I have no doubt AMC will attract plenty of people unwilling to resist a deal and become test subjects in the process. Based on how long it takes for symptoms to manifest, I guess we’ll find out if reopening movie theaters right now is a good idea by the time the end of August rolls around.