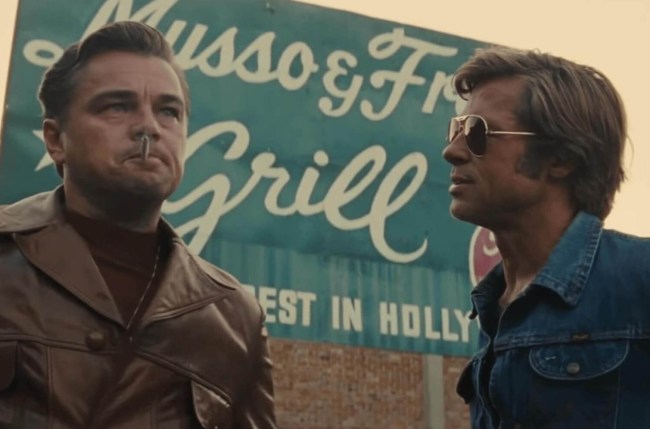 Man, I really miss going to the movies. I don’t know why, but of all the things 2020 has taken away from me—including playoff hockey, the ability to use the ski pass I couldn’t get a partial refund on, and drinking overpriced light beer in public with my friends—going to the movies might be the one thing I’m craving the most right now.

The anticipation of heading to a crowded theater to see a movie you’ve been excited about for months is one of my favorite feelings in the world. Unless you were amped for Sonic the Hedgehog, there’s a good chance all of the films you were looking forward to this year have been delayed (or, in the case of Christopher Nolan’s Tenet, delayed, delayed again, and then delayed indefinitely). I’d like to think we’ll get some notable theatrical releases before the end of the year, but as of right now, I’m not super optimistic.

Over the weekend, I got hit with a bit of a sucker punch while scrolling through Twitter after I discovered Sunday marked the first anniversary since Once Upon a Time in Hollywood came out, a revelation that hit me harder than I ever would’ve anticipated.

1 year ago today, Quentin Tarantino’s ‘ONCE UPON A TIME IN HOLLYWOOD’ released in theaters. pic.twitter.com/PfVFph5IEQ

I know I’m a day late to the party but I still couldn’t pass up the excuse to talk about Quentin Tarantino’s love letter to the industry that has basically consumed his entire life. Despite some tough competition from Avengers: Endgame and what turned out to be some not-so-tough competition from Star Wars Episode IX, Once Upon a Time in Hollywood was the movie I was most excited to see in 2019. When everything was said and done, it earned the distinction of being not just my favorite film of the year but a moviegoing experience that no other motion picture has come close to topping and one that future ones will have one hell of a time trying to unseat.

When it was first announced that Tarantino would be directing a period piece about 1960s Hollywood starring Leonardo DiCaprio, Brad Pitt, and Margot Robbie, I was all-in. When I learned it would also feature names like Kurt Russel, Damien Lewis, and Dakota Fanning, I had to go buy more chips to become even more all-in than I already was. How could any self-respecting movie fan not get fired up about a lineup like that?

I bought tickets for the earliest screening I could find as soon as they went on sale and my anticipation only grew as the end of July grew closer and it became the subject of outstanding review after outstanding review. I was concerned I might be disappointed based on how much I was hyping it up, but when the big day arrived, I left the theater with my expectations somehow surpassed.

I liked it so much that I ended up seeing it two more times in theaters. Every scene managed to entertain in its own unique way, the soundtrack kicked ass, and the set design and costumes couldn’t have done a better job capturing the spirit of the era. DiCaprio’s and Pitt’s respective performances as Rick Dalton and Cliff Booth resulted in me consistently laughing my ass off, and even though a lot of people claimed it lacked a compelling story, that failed to prevent me from enjoying the hell out of it—especially this scene that really did it for me.

Might be time to rewatch this for the 8th time https://t.co/Hj1ntBAlbL

DiCaprio puts on an absolute clinic in acting there while Tarantino demonstrates his mastery of filmmaking. Once Upon a Time in Hollywood is over two-and-a-half hours long but all of the elements that make it so incredible are basically condensed into this emotional roller coaster where the tone rapidly swings from hilarious to foreboding to borderline heartwrenching and various combinations of the three (and others) during a ride that lasts for less than 90 seconds.

I will also quote  “EIGHT FUCKIN’ WHISKEY SOURS!” every single time I’m hungover for the rest of my life.

Now that I’ve had a year to digest, I’ve realized Once Upon a Time in Hollywood gave me a feeling that no other movie I’ve seen has been able to provide. I anticipated its arrival for months, woke up like a little kid on Christmas morning the day of its release, spent an obnoxious amount of money on concessions before walking into the theater, and shared the experience with a group of my closest friends. We started talking about our reactions the second the lights went up and it was the only topic of conversation during the ride home. It delivered everything I want when I go to the movies and it absolutely sucks to know there’s no way of knowing when I’ll get to feel like that again.

In the meantime, I’ll follow in the footsteps of Al Pacino’s Marvin Schwarz and open up a box of Havanas, pour myself a cognac, and pop in my copy of Once Upon a Time In Hollywood to come as close to recapturing that magic as I can.