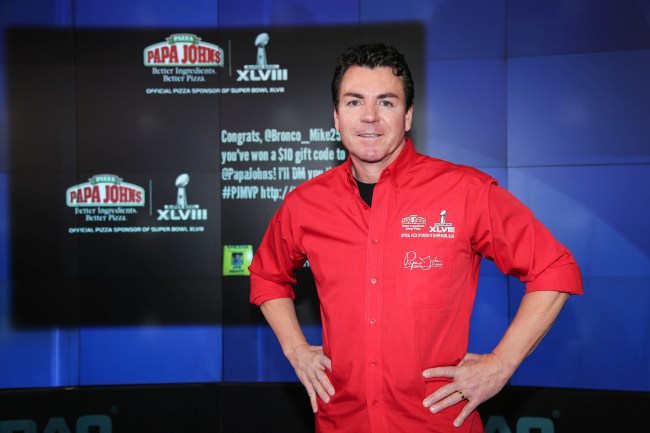 Less than five years ago, Papa John Schnattner emerged from a sea of media after the Broncos Super Bowl 50 victory and Peyton Manning embraced him with a kiss at midfield for some reason, solidifying Papa as the Godfather of the pizza industry while also making America uncomfortable.

Two short years later, Papa was forced to step down from the company he founded, his wife filed for divorce a few days before Christmas, he confessed to eating 40 pizzas in 30 days in a cry for help that would go ignored, and his Candy Crush invitation sits idle on Manning’s phone.

Schnatter’s fall from grace was catalyzed by comments he made in 2017 regarding the NFL, claiming they were not doing anything about players kneeling or sitting during the National Anthem and should have taken action. The allegations were followed up by the release of a recording of Schnatter using a racial slur during a media training session in 2018, in which he reportedly said, ‘Colonel Sanders called blacks n****** and Sanders never faced public outcry.’ Gulp.

Well, a former FBI director and federal judge has released a 14-page investigative report into the conduct of Papa John, the outcome of a year-long investigation into the two allegations.

According to a news release, the investigation addressed comments Schnatter made about the NFL in an earnings call in 2017, and determined that he was “falsely construed as critici[zing] the players’ protests” in print and social media, when in fact he was describing “a lack of leadership in failing to resolve the matter to both the players’ and owners’ satisfaction.”

The 2018 media training session was the primary focus of the investigation, the release continued, and Freeh concluded that Schnatter “stress[ed] his disdain for racism” in the meeting and “at no time … express[ed] any beliefs that could be described as bigoted or intolerant.” [via Biz Journals]

The report did find that Schnatter said the Colonel Sanders comment “in order to separate himself from another company founder regarding attitudes on race, he did not ‘use the word as a racial slur nor was it directed at any person or group,'” former FBI head Louis Freeh reported.

Papa John released a statement in the wake of the report, claiming in part:

“Judge Freeh’s investigation coincides with what I have said all along — that my comments in May 2018, which clearly reflected my total disdain for racism, were reversed and mischaracterized by the media to damage my reputation and harm the company I founded, built, and love.”

Schnatter is a weird dude. Anyone who cuts the roof off a mansion to incorporate a giant statue of two birds mating isn’t playing with a full deck of cards. But it’s also true that the media has adopted the ‘better to ask forgiveness than permission’ mantra when reporting stories, because you no longer need ‘sources’ to report a story, you just need an internet connection.

I never thought I’d say this but I believe America owes Papa John an apology.