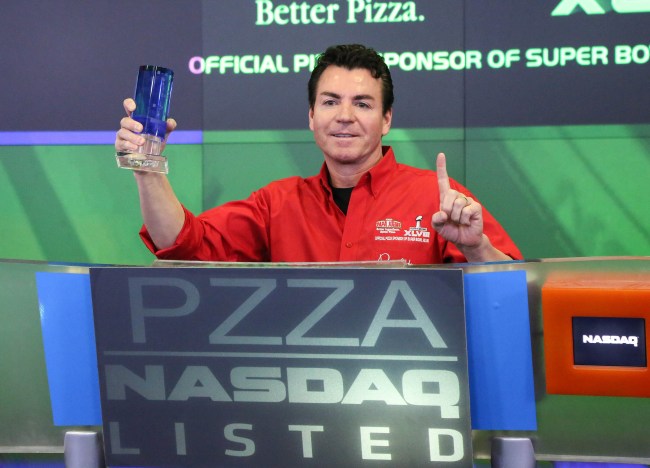 Remember like a month ago Papa John was sweating dangerously during an interview and confessed that he housed 40 pizzas and 30 days and we all just pointed and laughed during his obvious cry for help? Good times. Well for us at least. He’s probably freebasing garlic sauce right now while hate-watching Selma.

No one needed 2019 to end more than Papa John Schattner and I empathize for the guy.

His wife, who in 2013 he called “the finest human being I’ve ever met,” filed for divorce a few weeks before Christmas. He’s taking swings at the company that boasts his name. Gotta be a rigid time for the man.

But this ain’t it.

Can someone tell Papa John that eating 50 fast food pizzas in 30 days isn’t an achievement, it’s a health hazard?

Like where is Peyton? He went from literally kissing Papa John immediately after winning Super Bowl 50 to leaving his LinkedIn request in internet purgatory.

I guess it’s true what they say: “When the going gets tough, Peyton Manning says ‘fuck it’ and drops his balls on an unsuspecting trainer’s face. Proverbs 3:18″

2020 is off to a powerful start pic.twitter.com/ow9vzbE9kX

Papa nobody wants this for you.