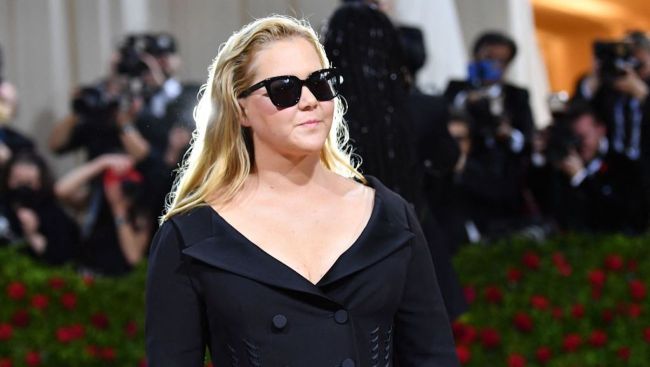 “I’m trying, Ringo,” a weary Jules Winnfield said, gun cocked and loaded at the English lowlife who decided to ruin his hard-earned breakfast with an impromptu robbery. “I’m trying real hard to be the shepherd.”

For whatever reason, this iconic line from Pulp Fiction, spoken by the singular Samuel L. Jackson playing what’s surely the defining role of his legendary career, is the first thing that popped into my head when I began writing this article. Perhaps it’s the sublime combination of both legitimate earnestness and weariness in his voice. He *really is* trying Ringo, and you’re making it exceedingly difficult for him at a time when his tank is already redlining on empty.

And it’s in that soul-shaking moral and literal exhaustion that I understand Jules Winnfield better than ever because that’s how I feel about Amy Schumer.

At what point is enough enough already? At what point will our national nightmare come to an end. The greatest trick the devil ever pulled was convincing the world he didn’t exist and that’s basically what Schumer did in recent years prior to resurfacing as the host of the Oscars this year, a ceremony in which her usually-awful Schumer-ness would’ve been the headline had Will Smith Looney Tune’d Chris Rock’s face.

Worse than Schumer’s broadcasted performance, though, have been the jokes she’s been claiming were barred from the telecast, such as the following ancient Egyptian curse of a joke that she unleashed at the recent Netflix Is A Joke Festival. It sounds like something written by someone attempting to parody Amy Schumer.

“My husband goes down on me, or as he calls it Squid Game, so he’s in my Nightmare Alley, my House of Gucci, I say C’mon C’mon, he goes tick tick BOOM, he Belfast. I say get off my Dune and that’s how our son was born.”

In addition to that joke, Schumer also claimed that she was stopped from making cracks about Joe Rogan, Alec Baldwin, and James Franco.

RELATED: Amy Schumer Aggressively Responds To Allegations That Her Oscars Joke About Leonardo DiCaprio Was Stolen