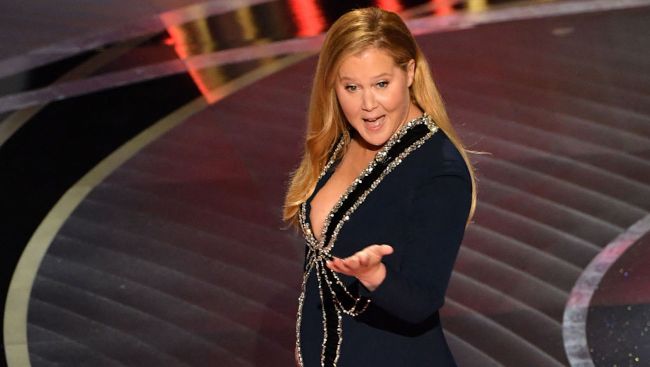 Had it not been for Best Actor winner Will Smith’s unleashing of the Slap Heard ‘Round the World on Chris Rock, one of the major talking points after the Academy Awards would’ve been the performance of the show’s three hosts: Regina Hall, Wanda Sykes, and Amy Schumer.

Schumer, in particular, likely would’ve garnered the most attention as the intensely opinion-diving comic seems to always make headlines whenever and wherever she pops up.

Unfortunately for Schumer, while the spotlight has largely remained on Smith and his wild outburst, that hasn’t stopped Twitter users from uncovering that she potentially plagiarized the joke she made about 47-year-old Academy Award-winning actor Leonardo DiCaprio.

“Leonardo DiCaprio, what can I even say about him,” Amy Schumer said during the now-infamous broadcast. “He has done so much to fight climate change and leave behind a cleaner, greener planet for his girlfriends. Because he’s older and they are younger.”

As it turns out, though, a tweet about DiCaprio, climate change, and his penchant for younger girlfriends that is almost identical to Schumer’s joke was posted back in December 2021.

This, of course, isn’t the first time that the origin of Schumer’s jokes has been questioned, as she was previously accused of stealing jokes from comedians Tammy Pescatelli, Kathleen Madigan, Wendy Liebman, and Patrice O’Neal back in January 2016.