With WWE Stock Down Over 35%, Analyst Predicts Amazon Could Team Up Then Buy The Wrestling Company 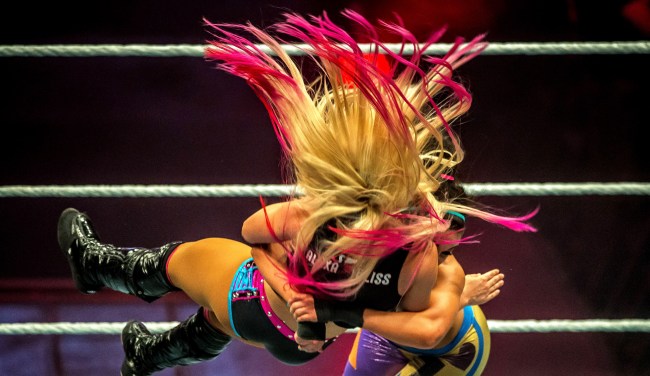 WWE Chairman and CEO Vincent K. McMahon will turn 75-years-old on August 24th. He is going to be hemorrhaging money to the tune of around $375 million over the next three years supporting XFL 2.0. WWE’s stock is down over 40% so far this year, and we’re only in February.

Granted, Vince McMahon’s net worth is somewhere in the $3 billion range, but he’s still got to retire sometime. His kids Stephanie and Shane McMahon, as well as his son-in-law Triple H (real name: Paul Levesque) certainly have designs on taking over WWE when he does, but they too will be looking for new revenue streams going forward.

One of those revenue streams, according to Needham analyst Laura Martin, could created by partnering with Jeff Bezos and Amazon, reports CNBC.

“We believe that such a licensing deal would put AMZN in the best spot to purchase all of WWE, whenever the family is ready to exit,” Martin said. “Vince McMahon is currently 74 years old, going on 50.”

WWE’s over-the-top streaming platform would be attractive to Amazon or other streaming services because it brings in a loyal fanbase, unlike new shows the companies are developing.

“WWE’s live programming is highly differentiated and its Raw, Smackdown and NXT brands are worth more than being any one of 500 series that have no builtin audience or brand,” Martin said.

This speculation was fed by McMahon stating on an earnings call earlier this month that there has been interest from major streaming companies in the rights to the massive amount of wrestling programming he owns – much of which currently airs on the company’s own streaming service, the WWE Network.

With WWE’s stock down to $42.05 as of close of business on Feb. 10, siginifcantly lower than where it began 2020, $65.42, the company has suddenly become a much more desirable target for acquisition.