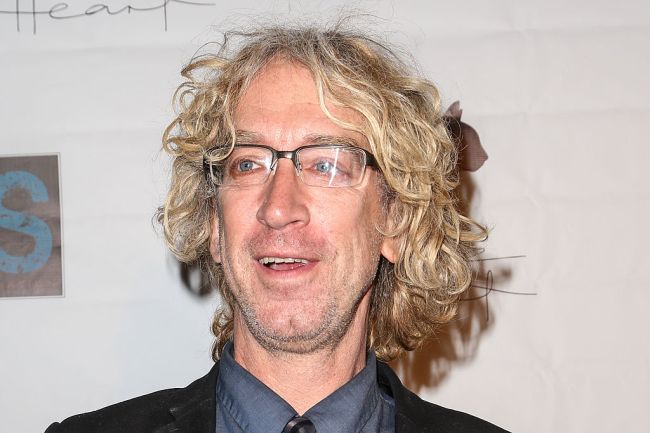 Andy Dick is one of the few people in America that is Beyond Canceled. He’s done so much obscene, bizarre stuff, the culture hardly registers it anymore.

I guarantee you’re the only one even reading this article right now. Your mom was right, you are special.

Dick added another arrest to his illustrious record after being canned for felony assault with a deadly weapon over the weekend.

On her YouTube show Kermit and Friends, Dick’s girlfriend Elisa Jordana claimed he assaulted a man named Lucas “with a metal chair” that left him with a brutal gash behind his ear that resulted in a hospitalization. You can see the gash at the 4-minute mark of the video below.

The arrest is just a detail in the bonkers week Jordana witnessed and detailed on her YouTube show.

“We went out to dinner at this really nice steak house, and he invited 2 or 3 guys as usual. He was in rare form that night. He stole cutlery, wine glasses, some plates. He asked for a doggy bag to put all that in…Everywhere he goes he brings things with him.”

“He was hitting on this waitress so heavily. And I said, ‘Andy, I thought you were gay what happened to that?’ He was like, ‘You’re so hot, I’m going to put you in a movie. I really wanna f*ck you.’ He’s gay and then he’s not gay at the worst times.”

“He got evicted from his apartment so he moved to a hostel.”

“He brought 11 people to the hostel. He got kicked out of there.”

“I get a call from him, he says, ‘Come to Canter’s Deli,’ it’s a really nice Jewish deli. So I’m thinking we’re going to have a nice lunch. That is not why he invited me. He racked up an $87 bill for all his friends there. None of them could pay the bill. None of his friends have any money at all. So he was calling me to pay the bill. Those are the kinds of situations I’ve been in recently.”

“Andy has a fake son named Eric. I was told it was Andy’s son at first, and I believed him for a few months. Turns out that’s not his son. His name is Eric and he lives with Andy. And he texted me: ‘Andy jail.'”

Imagine telling your girlfriend(?) you have a fake son and it being the last thing she mentions in her list of absurdities. I lie to my girlfriend about smoking a cigarette after a few IPAs and she threatens to walk.

Dick won’t go down and it’s been a lot longer than 4 hours.