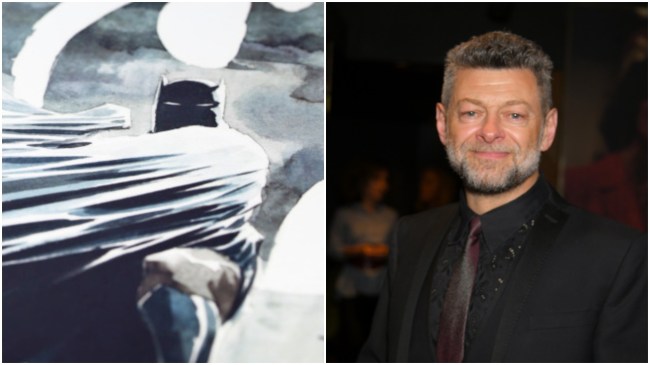 While Matt Reeves’ The Batman has been in development for the better part of three years now, not much is known about the film other than Robert Pattinson’s casting as the legendary Dark Knight.

Originally to be written and directed by Ben Affleck, The Batman has since gone through multiple rewrites, recastings, and director changes.

Now, with the film just two years away from its June 2021 release date, further details about the highly anticipated Batman reboot have begun to hit the internet.

A couple of weeks ago, we brought you the rumor that The Batman would feature not one, not two, not three, but four iconic characters from Batman’s unrivaled rogue’s gallery.

While nothing has been officially confirmed by the folks over at Warner Bros., rumors have indicated that The Batman will feature the following four Batman villains, three of which we’ve seen on film before: Riddler, Penguin, Catwoman, and Firefly.

Following the spread of these supposed plot details, fans of the unrivaled DC superhero franchise immediately began fan casting the roles themselves, calling for names such as Jonah Hill to take on the role of Penguin.

However, fan casting may ultimately prove to be a futile exercise, as a recent rumor from Batman On Film suggests that one of the villains have already been cast.

According to the report — which, again, is just a rumor — The Lord of the Rings and Black Panther great Andy Serkis has been cast in an undisclosed role.

Perhaps most importantly, though, is that the report points out the role is not expected to be of the motion capture variety.

“The word on the street is that they’re looking for an actor between the age of ’20-40′ for The Penguin who will be portrayed as a ‘Gotham City mobster’ — a short, obese man with a long nose aside.”

“Mr. Serkis is in his mid-50s, but whatever, right? In fact, I don’t think Cobblepott should be in his 20s or 30s. I was also told that it was NOT going to be for a motion capture role, so I’m ruling out Clayface, Killer Croc, Man-Bat, or an Incredible Hulk-like version of Bane.” [Batman On Film]

Batman On Film goes on to say that while he rarely posts casting rumors, he “sure as hell didn’t take posting such an article lightly”, meaning he must be quite confident in the scoop (the story has since been picked up by the likes of IGN and Comic Book, lending further credence to the report).

Serkis being attached to The Batman seems quite obvious when considering his history with director Matt Reeves, as he portrayed the leading character of Ceasar in Reeves’ two Planet of the Apes films.

While The Batman has no official release date at this time, Warner Bros. is currently targeting June 2021.