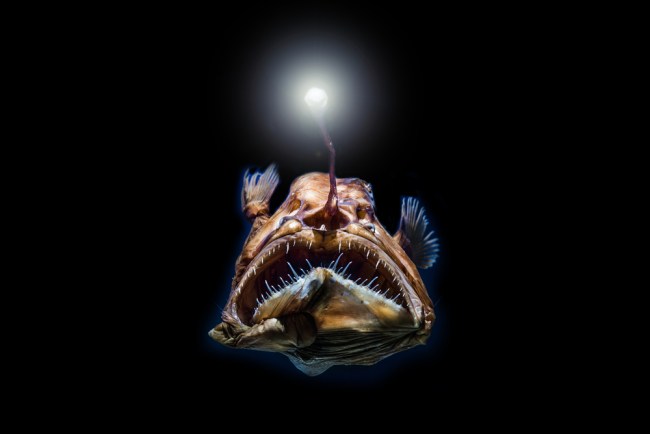 The ocean is incredible. If you don’t live in a coastal area or spend a lot of time on boats then it’s easy to forget that land is completely dwarfed by water on planet earth.

There’s an animation from Business Insider/Tech Insider that’s been making the rounds for almost a year now and for some reason, it’s having a reason it’s having a renaissance. It was picked up by Twitter Moments yesterday after going viral for a second time.

People are literally losing their damn minds over this animation which shows just how deep the ocean really is by putting it into a context that most of us can wrap our minds around. It’s genuinely hard to grasp how deep the ocean is because it’s deeper and larger than anything we know. But this animation does a reaaaalllllyyyy good job at contextualizing just how goddamn vast the ocean is so get ready to have your mind hole blown open:

As you might expect, a lot of the reactions on Twitter Moments are ‘mind = blown’ style GIFs and people talking about Spongebob. I could spend all day sharing reactions to this video which has picked up 22+ million views on YouTube since last Spring but that seems like a waste of time because you bros get the point.