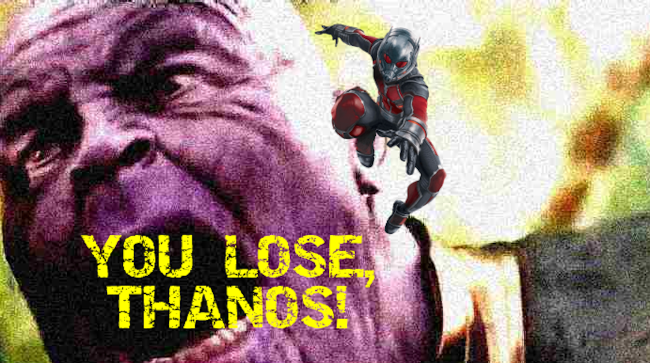 Heading into the release of Avengers: Infinity War, one of the main questions fans had was not which heroes would perish nor what the film’s post-credits scene might set up, but rather: why doesn’t Scott Lang, a.k.a. Ant-Man, simply crawl up Thanos’ purple rectum and expand, therefore, theoretically exploding the Mad Titan from inside? A total normal train of thought if you ask me, by the way.

Ultimately, not only did Ant-Man never unleash Operation Butt Explosion, but Thanos mopped the floor with the Avengers in Infinity War to such an extent that it took them about half a decade to rebound in Endgame.

Other than the fact that the Marvel Cinematic Universe is ultimately a toy-selling machine for children, though, why didn’t Ant-Man try what all fans assumed would be a surefire way to defeat their ultimate enemy? Thanks to Disney’s new Disney Wish cruise line, we now have a legitimate in-universe answer from Scott Lang himself.

Paul Rudd’s Ant-Man explains why he couldn’t go up Thanos’ ass in a clip from ‘Avengers: Quantum Encounter’ on the Disney Cruise Line. pic.twitter.com/CWi0019Vx6

The hilarious yet bizarre Ant-Man video isn’t the only element of the Disney Wish cruise making headlines, though, as we also brought you the story of a $5,000 Star Wars-themed cocktail being sold on the same exact ship.

RELATED: Disney Officially Takes Things Too Far, Is Charging $5000 For A Single Star Wars Drink On Their Cruise Ship