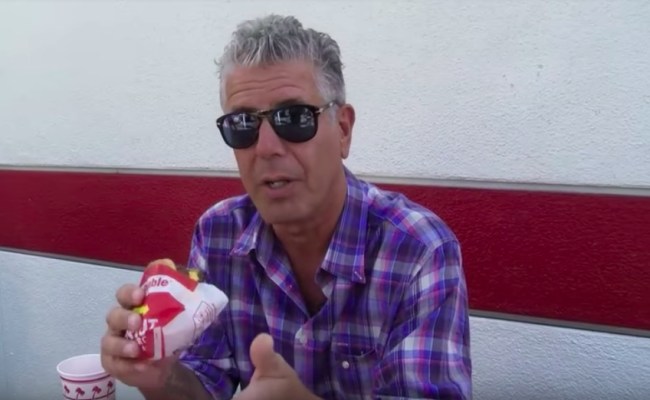 Two months ago, I awoke to the news that Anthony Bourdain had passed away in Paris. The loss hit me particularly hard, as the chef had always served as my primary culinary ambassador and opened my eyes to cultures and cuisines I never would have been exposed to if he hadn’t dedicated much of his life to exploring them.

Unlike many other food personalities, Bourdain approached every topic without pretentiousness or an air of condescension. He treated the world’s finest restaurants the same way he did the low-brow fare that is commonly dismissed, which was showcased perfectly in one late-night trip he made to a Waffle House.

Over the course of filming for both No Reservations and Parts Unknown, Bourdain traveled to almost every country imaginable (with the notable— and bizarre— exception of Switzerland) in order to expand his horizons.

He found himself in a number of fascinating situations while hosting, including being in Beruit in the middle of a civil conflict and sitting down with Barack Obama at a hole-in-the-wall noodle shop in Vietnam.

Fans of Bourdain were able to get Netflix to keep Parts Unknown on the platform after it was scheduled to be removed and I’m willing to bet every single one of them will be thrilled to hear CNN will be airing seven final episodes of the show this fall using footage filmed before his death.

According to Entertainment Weekly, only one of the episodes will feature Bourdain’s signature voiceover, so while the other six will have a slightly different tone, they’ll still feature the signature personality we all knew and loved.