Dr. Anthony Fauci On When Things Will Get Back To Normal: ‘I Don’t Think It’s This Winter Or Fall’ 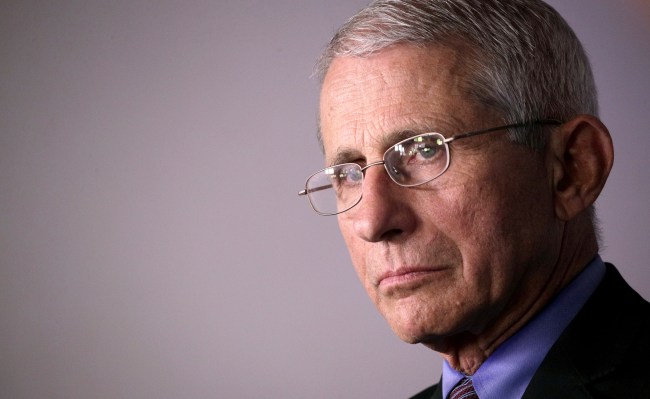 While the Director of the National Institute of Allergy and Infectious Diseases, Dr. Anthony Fauci, says he is supportive of the NBA’s plan to restart the season in Orlando he is not very optimistic that things will be getting back to normal anytime soon.

Last week, the World Heath Organization reported that the highest daily jump in worldwide coronavirus cases so far just happened, so anyone planning on doing any traveling outside of the United States for a vacation this summer is probably going to be out of luck.

“It’s going to be really wait and see,” Dr. Fauci told the Telegraph in an interview this weekend. “I don’t think there’s going to be an immediate pullback for those kinds of [travel] restrictions. Looking at what’s going on with the infection rate, I think it’s more likely measured in months rather than weeks.”

Even more concerning, Dr. Fauci continued, “We were successful in suppressing the virus in cities where there were major outbreaks – New York, Chicago, Detroit, New Orleans. But we’re seeing several states, as they try to reopen and get back to normal, starting to see early indications [that] infections are higher than previously.

“The question is will they have the capability to do the appropriate and effective isolation, and contact tracing, to prevent this increase from becoming a full blown outbreak? I’m concerned it’s happening. I hope the individual states can blunt that. It [the virus] could go on for a couple of cycles, coming back and forth. I would hope to get to some degree of real normality within a year or so. But I don’t think it’s this winter or fall, we’ll be seeing it for a bit more.”

And that’s just assuming that there isn’t a second wave of people getting infected, which some misinformed folks out there think is inevitable.

“It is not inevitable that you will have a so-called ‘second wave’ in the fall, or even a massive increase, if you approach it in the proper way,” he said.

That means keep practicing social distancing, wearing your masks, even if it isn’t cool, and keep the monkeys away from all the blood samples.

“This will end. As stressful and devastating as it is, it will end,” Fauci added. “We are all in it together as a global community, and I do see the light at the end of the tunnel.”