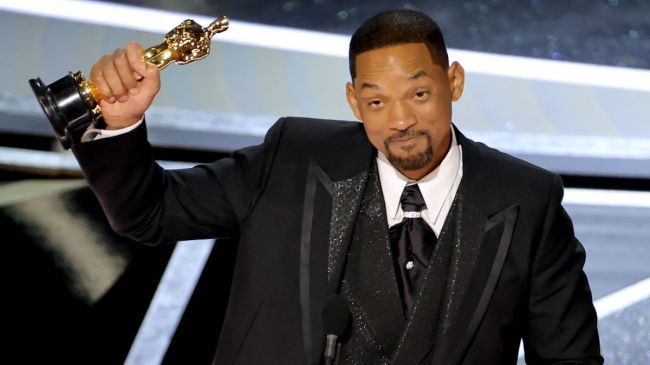 What should’ve been the crowning night of his career has ultimately turned into arguably his darkest moment, as the perception of A-lister Will Smith has been forever changed following his Oscars night slap of comedian Chris Rock.

While Smith has slowly but surely begun posting on social media again in recent weeks, there’s no denying that the 53-year-old newly-minted Academy Award winner is taking a delicate approach to his “comeback.”

The apparent hesitancy to dive head first back into stardom appears to be infecting Smith’s upcoming projects, too, as new reports indicate that Apple isn’t quite sure how to handle the rollout of Emancipation, the Antoine Fuqua-directed, Will Smith-starring slave drama that the previously believed to be a “surefire Oscar contender.”

Now Apple finds itself left with a $120 million unreleased awards-style movie featuring a star no longer welcome at the biggest award show of them all, and a big question: Can the film, even if it succeeds artistically, overcome the baggage that now accompanies Mr. Smith?

According to three people involved with the film who spoke on condition of anonymity to discuss the company’s planning, there have been discussions inside Apple to release “Emancipation” by the end of the year, which would make it eligible for awards consideration. Variety reported in May, however, that the film’s release would be pushed into 2023. [via The New York Times]

Apple certainly isn’t imagining the situation, as we reported earlier this summer that Smith’s Q-score — which is basically Hollywood’s metric for marketability and likeability — has taken quite a dip since the infamous slap.

RELATED: Will Smith’s Q-Score (Basically His Approval Rating) Has Taken A Nose Dive Due To The Oscars Slap