Are You Cheap, Or Just Frugal? Survey Of 2,000 Americans Gives Us The Answer (And More) 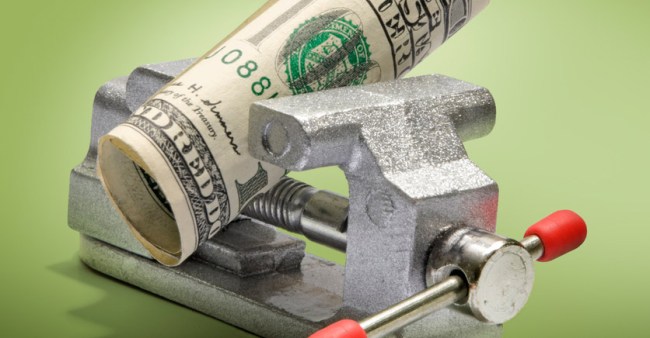 The results are in, and frugal is officially the new sexy. Well, at least according to nine out of ten Americans. A new study of 2,000 people found that an incredible 92 percent of Americans consider frugality to be an attractive quality in a partner or potential partner.

And that includes former dating faux-pas, such as using a coupon on a first date, which 79 percent of Americans polled now consider to be perfectly acceptable these days. In fact, if you want to impress your date, don’t resort to frivolous overspending, because it’s a total date-ruiner for as many as 66 percent of Americans studied.

This new survey, conducted by Slickdeals looked into all things money, frugality, and dating, uncovering some very interesting stats in the process.

For instance, the survey found that 30 is the average age people really start taking their finances seriously and more responsibly, with 38 being the age you’re “peak frugal.” 27 was deemed the age people felt they were the most financially reckless, according to respondents.

But as we age and mature, so too does our expectations for potential partners.

Over half of Americans (53 percent) report they’d be hesitant to enter a relationship with someone who has a large amount of debt. In fact, six in ten Americans have had an ex-partner that was reckless with money, which caused most of them to look for someone else who had their financial priorities more in order.

“The increased propensity toward frugality brings to light the importance of value for today’s shoppers,” said Slickdeals CEO Josh Meyers. “Making smart purchase decisions and looking for deals or coupons is becoming mainstream – it’s what savvy consumers do because they are financially wise.”

However, if you are smart with money, bringing it up might be a dating no-no, as one in four Americans believe bragging about money is a huge first date turn-off.

And no matter where you stand on money, make sure you brush your teeth and take a shower before a first date, because the biggest first date sin, according to the results of the survey, is poor hygiene.

Bad manners was the second biggest first date turn off (73 percent), followed by being on your phone too much (57 percent).

But there is a fine line between being cheap and being frugal, and knowing where it is can be a tricky path to walk.

For instance, tipping the minimum on a restaurant bill can often be considered cheap. But according to the results of the survey, 40 percent believe it to be frugal, and only 23 percent consider it cheap.

Shopping at secondhand stores also came in as a positive act of being frugal, as well as tracking electricity usage and over-monitoring the thermostat so the bill’s not outrageous at the end of the month.

However, skipping your round at the bar, calculating your part of the group bill to the cent, and hanging onto an old, broken down phone because you don’t want to spend money to upgrade are all considered cheap, according to those surveyed.

“When it comes to consumer attitudes, there is a fine line between frugal and cheap, and we wanted to test those boundaries through this survey,” Meyers added.

“At Slickdeals, the leading crowdsourced shopping platform, we empower consumers to discover hidden opportunities to save on everything from flat screen TVs to laundry detergent. When it comes to relationships and dating, it’s great to see that expressing smart consumerism is no longer considered taboo.”

IS IT CHEAP OR FRUGAL? HOW THE RESPONDENTS VOTED…
• Not leaving a tip at all (regardless of service): CHEAP (75%)
• Reusing tea bags or coffee filters: CHEAP (60%)
• Calculating your part of a group bill to the cent: CHEAP (52%)
• Lengthening longevity of soap by diluting soap bottles with water: CHEAP (49%)
• Re-gifting: CHEAP (44%)
• Always tipping 15%, even if the service is outstanding: CHEAP (41%)
• Eating food a few days past its expiry date: CHEAP (35%)
• Declining to be a part of rounds at the bar: CHEAP (35%)
• Keeping outdated or worn out electronics that barely work: FRUGAL (39%)
• Buying no-name electronics: FRUGAL (51%)
• Only having alcohol at home: FRUGAL (51%)
• Watching movies at home instead of in the theatre: FRUGAL (61%)
• Regularly tracking the home thermostat: FRUGAL (62%)
• Shopping at secondhand clothing stores: FRUGAL (63%)
• Buying off-brand food products: FRUGAL (65%)
• Buy clothes at department stores like Kmart, Walmart etc.: FRUGAL (67%)
• Regularly tracking electricity use: FRUGAL (70%)
• Seeking out deals or coupons for all purchases: FRUGAL (72%)