Ariana Grande, Other Music Artists And Fans Remember Mac Miller On What Would Have Been His 27th Birthday 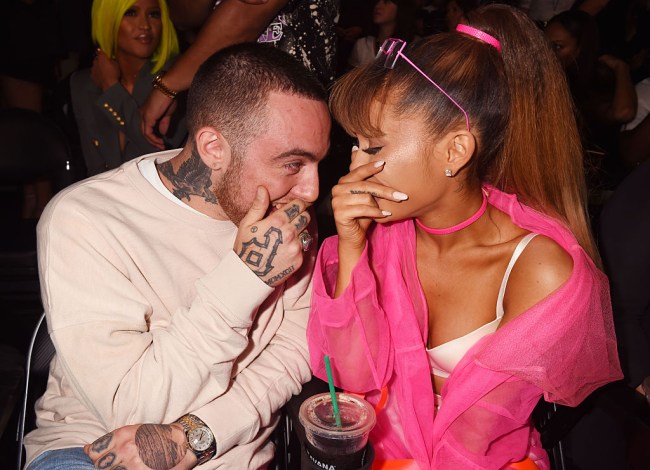 Today would have been Mac Miller’s 27th birthday, but he was taken from us too soon. Many music artists remembered Mac on Saturday including his ex-girlfriend Ariana Grande.

Ariana tweeted and then deleted a special birthday message that said “Miss u” on Saturday morning.

Grande and Malcolm James McCormick dated for nearly two years. Shortly after Miller passed away on September 7th from a drug overdose, Grande posted a heartfelt tribute to the rapper.

“i adored you from the day i met you when i was nineteen and i always will. i can’t believe you aren’t here anymore. i really can’t wrap my head around it. we talked about this. so many times. i’m so mad, i’m so sad i don’t know what to do. you were my dearest friend. for so long. above anything else. i’m so sorry i couldn’t fix or take your pain away. i really wanted to. the kindest, sweetest soul with demons he never deserved. i hope you’re okay now. rest.”

She also posted a black and white photo of Mac.

Other tributes from other artists such as Thundercat, Juicy J, and Hi-Tek and fans poured in on the rapper’s birthday.

…he changed my life in a real way. Thank you @MacMiller Happy Birthday! pic.twitter.com/4HVdwj2fMs

Happy bday to my brother Mac Miller i miss my bro every day https://t.co/pXAn552l1w

we miss you and love you Mac Miller happy birthday

Happy birthday to the multi talented grammy nominated rapper Mac Miller. The artistic and uplifting work you left behind will be cherised and admired. We’ll remember you Malcolm. #HappyBirthdayMacMiller @MacMiller pic.twitter.com/SdBxQZn0Qt

Happy birthday to the most influential person that I have ever looked up to, it’ll never feel real that you aren’t on this earth doing what you’re supposed to be doing but I just hope you got a smile on your face, Happy Birthday @MacMiller , Godspeed #happybirthdaymacmiller pic.twitter.com/hRO0Pzaabe

In other Mac Miller news, the parents of the deceased rapper will attend this year’s Grammy Awards where Mac’s final studio record Swimming is nominated for Best Rap Album. In the category, Miller is going up against albums by Cardi B, Travis Scott, Pusha-T, and Nipsey Hussle at the 61st Grammy Awards in New York on February 10th.