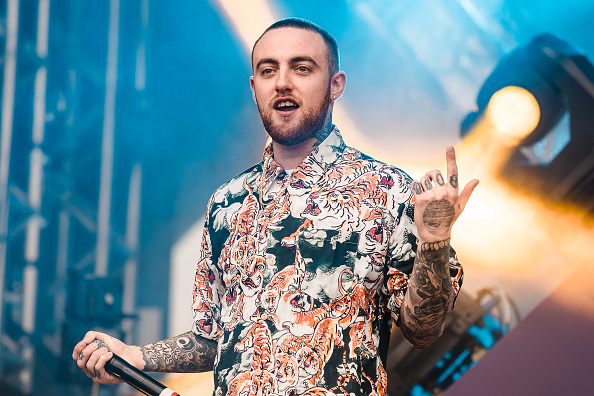 A day after we learned that Mac Miller had an anonymous vape trick Instagram account, we get previously unreleased music from the Kool Aid & Frozen Pizza rapper. Before Mac Miller died he recorded a Spotify Singles session and now we get two previously unheard songs.

Malcolm McCormick died on September 7th at his Studio City home and according to the Los Angeles County Coroners Office, Miller’s cause of death was deemed to be an accidental overdose. Miller died from a mixed drug toxicity that included fentanyl, cocaine, and alcohol according to the coroner’s office.

Before Miller’s premature death he performed Dunno from the Swimming album and a cover of the Grammy-nominated 1974 Billy Preston hit Nothing From Nothing. You can listen to the two previously unreleased track below.

In other Mac Miller news, a young artist posted an amazing painting of Mac Miller and you won’t believe your eyes. Danielle Franks posted her drawing of Mac on Twitter and it has gone super viral, notching nearly 110,000 RTs and over 421,000 Likes. The drawing is so life-like that you’ll swear it is a photo.

Danielle is a 20-year-old digital hyperrealistic artist who replicates photos by using a Cintiq 13 graphic tablet to draw by hand. Danielle, who goes by “moe” and
@danierruu on Twitter, based her art by recreating a photo of Miller by The Fader photographer Todd Cole. The British artist wants you to know that this is definitely not Photoshop.

also b4 u all call hacks and photoshop filters xxxx pic.twitter.com/A5nh7s8iTt

Previously, Danielle has drawn other musicians such as Lil Peep and Post Malone.

1 year without peep. he was the first person to share my art and he changed my life

heres the drawing i did last year when he passed, ill draw him again soon

i miss u thank u pic.twitter.com/BXnVttQUMw

finished my drawing of @PostMalone 😪 pic.twitter.com/DJ4TMeS5nM