Despite Disturbing Allegations, It Appears Armie Hammer Will Not Be Charged With Rape Following 9-Month Investigation 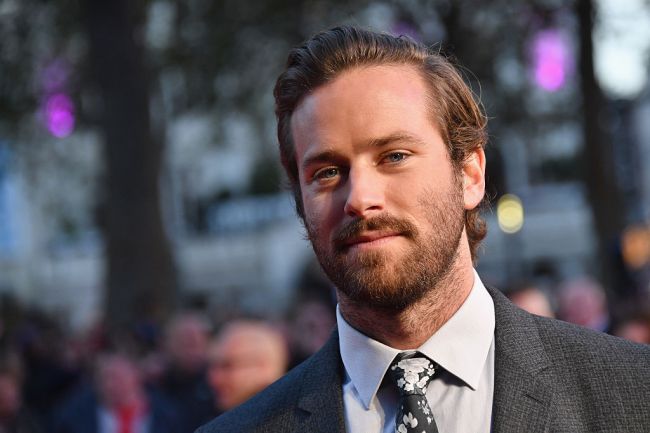 Earlier this year, disturbing allegations were made against actor Armie Hammer, including an allegation of rape from one of Hammer’s former sexual partners.

“I thought that he was going to kill me,” the accuser named Effie said during a March press conference with her attorney Gloria Allred. Effie, who was in an “on-and-off” relation with Hammer from 2016 to 2020.

In addition to the rape allegations, Paige Lorenze, an Instagram model who had also dated Hammer, claimed that he carved a letter into her body with a knife, had numerous mannequins, and threatened to hurt a dog. As a result of the allegations made against him, Hammer dropped out of the numerous projects he had in the works and was also dropped by his publicist and agency.

Now, after a nine-month-long investigation by the Los Angeles Police Department, it appears that Hammer will not be officially charged with rape. According to TMZ, while the investigators’ reports will be submitted to the L.A. County District Attorney’s Office, it’s unlikely Hammer will face any formal charges.

We’re told the case isn’t strong, and will probably not result in any charges being filed against Armie. It’s unclear if the reason behind that is a lack of credibility of potential witnesses or a lack of particular evidence backing up the claims. In any case, the D.A.’s office will have the final say over the matter. [via TMZ]

After the allegations against Hammer were made public, the actor stepped away from several projects, including the Jennifer Lopez-starring rom-com Shotgun Wedding, the Paramount+ drama series The Offer (which is about the making of Francis Ford Coppola’s seminal The Godfather), the Starz series Gaslit, the Broadway play The Minutes, and the film Billion Dollar Spy.

Hammer has consistently denied the allegations made against him, with his lawyer saying that “these assertions about Mr. Hammer are patently untrue,” and that “any interactions with this person, or any partner of his, were completely consensual in that they were fully discussed, agreed upon, and mutually participatory.”

RELATED: Armie Hammer Left A Rope-Bound Mannequin Torso In The Trash As He Moved Out