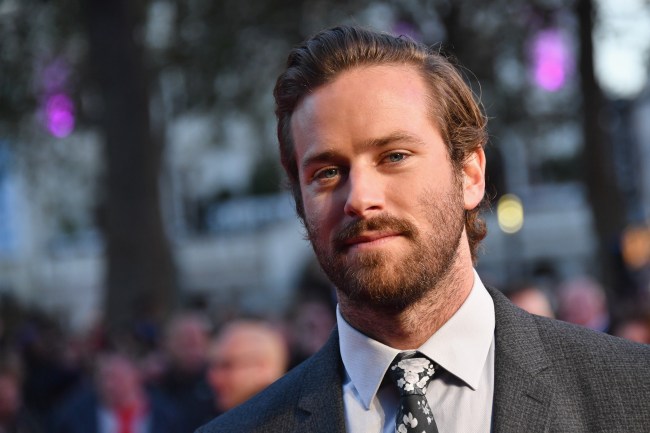 Armie Hammer — who dropped out of the Jennifer Lopez-starring comedy Shotgun Winning following the alleged leak of disturbing DMs — is being accused of rape and investigated by the Los Angeles Police Department, according to reports.

“I thought that he was going to kill me,” the accuser named Effie, said during a Thursday press conference with her attorney Gloria Allred. Effie, who was in an “on-and-off” relation with Hammer from 2016 to 2020, is accusing the 34-year-old actor of violent rape and physical abuse.

“On April 24, 2017, Armie Hammer violently raped me for over four hours in Los Angeles, during which he repeatedly slapped my head against a wall, bruising my face. He also committed other acts of violence against me to which I did not consent,” Effie, 34, said.

“I tried to get away, but he wouldn’t let me. I thought that he was going to kill me. He then left with no concern for my well-being. I was completely in shock and couldn’t believe someone I loved did that to me. I tried so hard to justify his actions, even to the point of responding to him in a way that did not reflect my true feelings.”

Following the press conference, Hammer’s lawyer Andrew Brettler categorized Effie’s claims as “outrageous allegations”, stating that “all of Hammer’s interactions with Effie have been completely consensual, discussed and agreed upon in advance, and mutually participatory.”

The Los Angeles Police Department is now investigating Hammer, according to Variety.

“We can confirm that Armie Hammer is the main suspect in an alleged sexual assault investigation that was initiated Feb. 3 of this year,” an LAPD spokesperson said.

These allegations are just the latest in a string of shocking reports surrounding the former The Social Network star. Since the beginning of the new year, there have been various reports, including but not limited to: his estranged wife comparing him to Ted Bundy, an ex-girlfriend claiming he said he wanted to “barbeque and eat” her, multiple reports surrounding the use of mannequins, and an apparent interest in cannibalism.