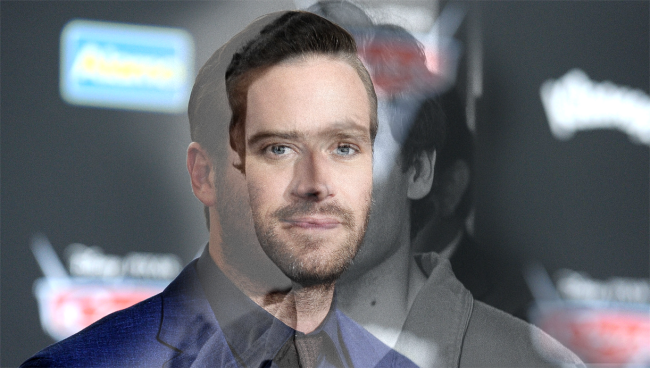 The stories that people who have been close to actor Armie Hammer have been telling just keep getting worse.

What’s interesting about it all is that Hammer’s agency and publicist both dropped him and we haven’t heard a peep out of anyone attempting to come to his defense.

This week, a new article on Hammer in Vanity Fair painted an even more disturbing picture – one that shows perhaps, the apple does not fall far from the tree.

Hammer’s estranged wife Elizabeth Chambers, who has publicly expressed shock, devastation and heartbreak at the allegations against the man she has two children with, reportedly filed for divorce shortly after Hammer sent a “raunchy” text to her that was meant for someone else.

“The Hammers had been in expensive family therapy, but, to Elizabeth, the indiscretions – and more notably his decision to flee the family during a global pandemic – were the final straw,” reports Vanity Fair’s Julie Miller. “When Armie touched down in the U.S., he mistakenly sent a raunchy text message meant for someone else to his estranged spouse. Elizabeth filed for divorce shortly after.”

She also, according to Vanity Fair, is living in fear after being “blindsided” and has compared Hammer to an one of the most infamous serial killers of all time.

“Elizabeth has told friends that while she is fearful herself, she is projecting strength for the kids and trying to find occasional humor in the darkness,” Miller reports. “She’s been joking to friends that the only thing that makes sense to her, looking back on her marriage, is the Netflix movie starring Zac Efron as Ted Bundy – Extremely Wicked, Shockingly Evil and Vile.”

One of Hammer’s ex-girlfriends, Courtney Vucekovich, had previously compared him to fictional serial killer Hannibal Lecter.

According to Courtney Vucekovich, Armie was on a flight out of the Cayman Islands—escaping the “intense” lockdown situation last June — when he messaged her on Instagram for the first time. The DMs came fast and furiously; the actor immediately spilled about the tense situation with what he described as his “crazy family” — describing near-fist fights with his father and a short-lived escape plan that involved taking a fishing boat to Cuba.

“Within the first five minutes, he was basically like, this all goes back to my horrible childhood,” said Vucekovich, the owner of an on-demand glam app called FLASHD. “It’s not the most romantic thing, but we bonded over past trauma.”

Armie earned her sympathy, according to Vucekovich, through full-court press. “Day one, he makes you feel bad for him; it’s when he makes himself look like a victim. Then he love-bombs you like crazy; you’ve never felt more special in your entire life. I’ve never seen anything like it. We’re in a restaurant, and I’m sitting across from him, and he pulls my chair over, right next to him, in front of everybody — and is hugging and kissing you. You’re the only girl in the whole world. And then he starts the manipulation and the darker stuff.

“One of the most shocking things, that I realized he did to other women, is he says that he never tied up a human being before, only mannequins,” she continued. “I remember thinking, like, That’s got to be true because that’s the weirdest f***ing thing I’ve ever heard. Who would lie about that? That’s weirder than saying, ‘I tied up 25 people.’”

Hammer tied up mannequins? Yeah, that appears to check out.

Read the entire fascinating, and disturbing, piece over at Vanity Fair.