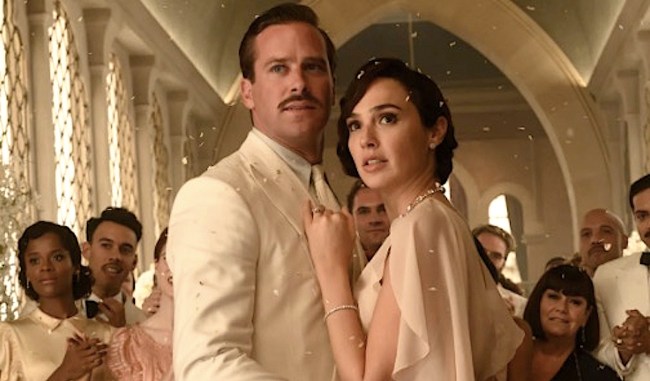 Unless a tidal wave of exonerating evidence appears out of thin air, I’m not sure we’ll see Armie Hammer star in a movie ever again. While there has been plenty of A-list Hollywood comebacks before — Robert Downey Jr. and Mel Gibson are just a couple that I can think of off the top of my head, one far more deserving than the other — the accusations against Hammer are so visceral and so sinister that it’s hard to see a road back for him. He’s been dropped by his publicist, agency, and every movie he was set to star in. The Los Angeles Police Department is investigating him. Hammer’s career is effectively over.

And yet, it sort of isn’t. Like most things in this world these days, the reason Hammer’s career exists in this sort of purgatorial limbo is because of the pandemic.

Death on the Nile, the Gal Gadot-starring sequel to 2017’s decent (?) Murder on the Orient Express, was originally slated to be released in December 2019, otherwise known as The Before Time. However, as Variety points out, Disney recalled the film’s director, Kenneth Branagh, to take care of other business, therefore delaying the film’s release by six months (and ultimately longer due to the pandemic):

In 2019, one of the insiders said, the director was already on location in Morocco prepping the “Nile” shoot when Disney called him home for yet another retooling of “Artemis Fowl,” the Branagh-directed adaptation of the kids’ series pegged to be the next “Harry Potter” franchise. Mop-up on “Artemis” pushed the shoot date for “Nile” by six months.

Instead of launching a new film series, “Artemis Fowl” went on to debut to lackluster reviews and a straight-to-digital premiere, thanks to the global pandemic.

Nile, similar to every other 2020 movie, was delayed to October before once again begin delayed to December. Following the disappointing box office returns of Tenet, though, the film was again bumped to 2021, thus putting it on course with Hammer’s career meltdown.

Despite all of this, though, Variety reports that Disney currently has no plans to reshoot the film or cast Hammer’s role, as they essentially weigh their options for the next year, with the film’s NEW release date currently set for February 2022.

The studio is not currently considering a reshoot or recasting his role, another insider with knowledge of the project said. Reshoots, after all, could cost tens of millions and would be nearly impossible to pull off given the packed schedules of the ensemble. [via Variety]

The Mouse House now finds itself in a difficult position, as killing a film with this many stars — who certainly signed iron-clad contracts — seems nearly impossible.

“It seems like the only way to go with this is to come out front and say, ‘Hundreds of people worked on this project, and we’re not scrapping it because of one individual,’” said a rival studio executive, who also suspected the film might forgo a theatrical release entirely and premiere exclusively on its streaming service Hulu. [Variety]

To make matters worse, the film’s plot centers around a crime-of-passion murder mystery with Hammer’s character seemingly taking on the role of the primary suspect. Not only that, but the movie isn’t *actually* their’s, but was acquired in the purchase of 20th Century Fox.

At this stage, a quiet release on one of their streaming services a year from now seems to be the most likely fate for Death on the Nile.