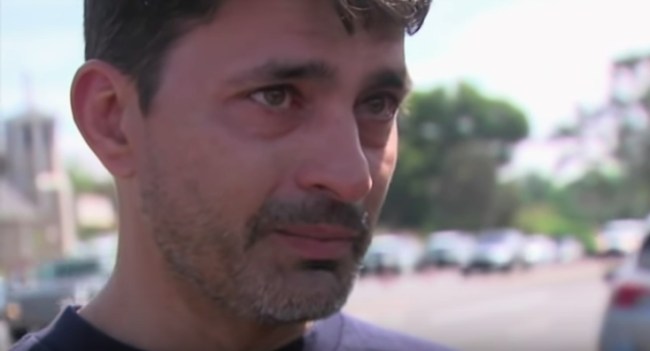 Tragedy struck a suburban San Diego synagogue late on Saturday morning when a 19-year-old man began spraying over a dozen bullets with an assault-style rifle, killing one woman and wounding three others on the final day of Passover.

The suspect, John Earnest, had no criminal record and no prior contact with law enforcement. He was enrolled at California State University as a nursing student and even made the dean’s list. Earnest is believed to have acted alone in the heinous crime, wearing a military-style vest while carrying a semiautomatic rifle.

John T. Earnest
Yes, I want his name and face to become famous…because this country still doesn’t get who the biggest threat is pic.twitter.com/38B6c8xDST

The damage could have been far worse if it weren’t for 51-year-old Army veteran Oscar Stewart, who chased the shooter out of the building when he heard the first shots ring out.

“Get down!” Stewart yelled in the loudest tenor he could muster.

“I’m going to kill you,” Stewart boomed. This seemed to rattle Earnest, who began to flee.

From his time as a sergeant in the Army, Stewart knew that the rifle would be useless if he was within five feet of it. So he kept close to the shooter as he chased him into the parking lot. [via Stars and Stripes]

"He looked at me and I must have scared him because he dropped his weapon and he turned and he ran away," Stewart said. "I called him a son of a bitch — or motherfucker, I can’t remember. But I called him [something] and I said ‘I’m going to kill you.’"

Stewart claims he wasn’t the only one who put himself in harm’s way–an off-duty border patrol agent also chased after the suspect.

Stewart says the agent was trying to pop the tires on the suspect’s car. “He shot at a parked car. We were trying to immobilize the vehicle. He was shooting at the wheels.”

Stewart then sprinted back into the synagogue to administer help to whomever needed it. He performed CPR on a woman who had been lying face down. When he turned her over, he saw that she had been shot close to the heart. Despite Stewart’s best efforts, she passed away.

Watch a visibly shaken Stewart describe the scene below: “I’m not a hero or anything. I just reacted,” he insisted. “I thank God that he gave me the courage to do what I did.”