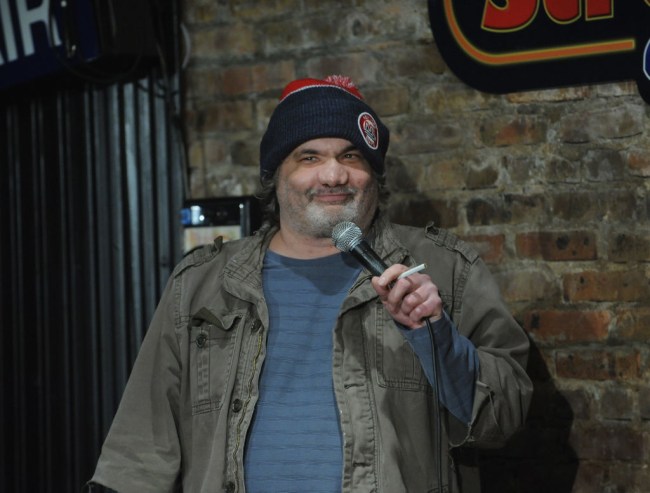 While many people are coming to the end of their Dry January, but Artie Lange is celebrating his Dry 2019 and Dry January 2020. Artie announced that he has been sober for one year.

Artie Lange celebrated the anniversary of his sobriety with a tweet that said: “I’m one year clean today. No deep thoughts to share. Just #Gratitude.”

You’re a living legend and I’m glad you’re keeping that living part going as long as possible. Congrats on the one year!

Artie even got a shout out by the Iron Sheik.

Artie Lange was arrested at a halfway house in January of 2019 for possession of a controlled substance. The Crashing star completed his rehab in September 2019.

In 2017, Artie was pulled over on the Garden State Parkway by New Jersey state troopers. Police found 81 decks of heroin on the comedian. In 2018, Lange was sentenced to four years of probation, which he violated several times.

The Howard Stern Show sidekick has always struggled with drug abuse and has openly admitted it. Artie has talked about how he snorted glass, said he spent at least $12 million on heroin and gambling, and how his deformed nose came from heroin abuse and a drug deal gone bad.

Two weeks ago, Lange revealed the story of how CBS Radio executives attempted to recruit Artie and Gary “Bababooey” Dell’Abate to replace Howard Stern on terrestrial radio. “So I get this offer to f*ck over Howard,” Artie said.

“I don’t give a f*ck about the money, I made a lot of money, Howard let me do whatever I wanted. I loved Howard,” Lange said. “If Howard was giving me a buck a year, I wouldn’t do that to him.”