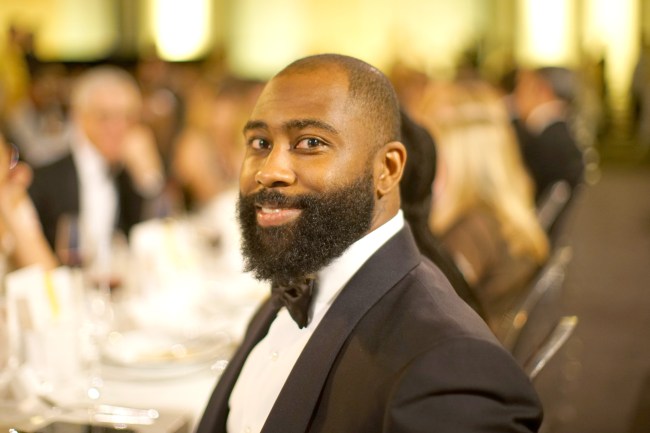 The retired cornerback, who made an estimated $125 million in career earnings over nine years, probably didn’t think the dude he’s allegedly been railroading would expose him on social media. The 33-year-old Revis reportedly commissioned artist Adam Ballinger to create a few caricatures of him from his playing days, but after the work was completed and delivered, Revis went silent. Ballinger claims he politely asked Revis for the money he owes him multiple times, to no avail. And after five months of this nonsense, Ballinger decided to air Revis out on social media.

Dear Twitter,
It has been 153 days and counting since @Revis24 has refused to pay me for the work I did for him. I have politely inquired many times to no avail. It would be a real shame if my fellow twitter homies also kindly inquired as to why no payment? 😉

The post garnered hundreds of comments and retweets, some of which I giggled to myself at and looked like a serial killer in this quiet coffee shop.

“The painting was a gift Todd, im taking it with me.” pic.twitter.com/I6ZlQ5gI6a

All Revis needed was a bunch of bad press to break his 153 day silence. Instead of sending Ballinger the money and putting this saga behind them, he gave him the goddamn runaround! I can’t imagine these drawings costing more than a couple grand, which makes this ghosting even more egregious.

Here’s the work commissioned by @Revis24 followed by his response to me politely asking for payment a few times… pic.twitter.com/hpuFj8eu36

Revis’ response is as condescending as it is self-absorbed.

Aye brother I think you need to relax….this is not the way you should be conducting business my guy…I’m a very busy man which involves traveling and tons of meetings. You have my word…You’ve done the work and will be compensated!!!

The internet mob is going to bully Revis into paying… 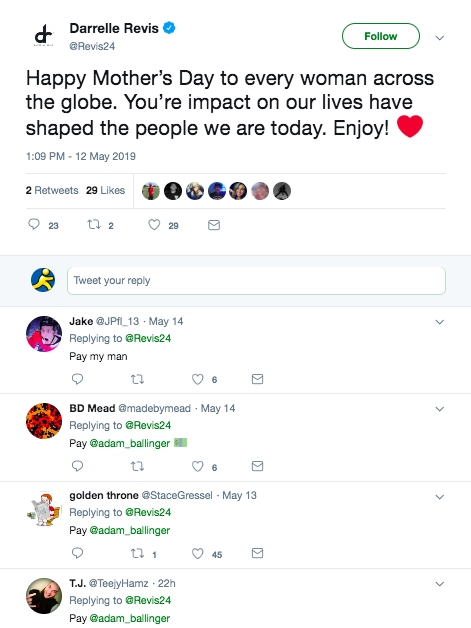