Several Asteroids, Including One The Size Of A Skyscraper Going 30,000 MPH, Are About To Fly By Earth 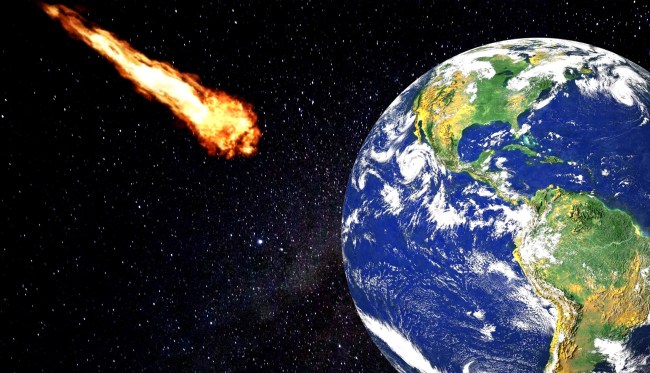 As any regular reader of this website knows, we’ve been lucky over the years when it comes to avoiding being decimated by a stray asteroid.

Numerous space rocks dubbed Near Earth Objects (NEO) by NASA that have been classified as “Potentially Hazardous” have been on “close approach” with Earth and so far we’ve been fortunate to always come away unscathed.

Naturally, every time this has occurred, NASA has said we had nothing to worry about, but what else would they say? Run for the hills?! There is literally nothing we can do to stop an asteroid of significant size if it decided that our number was up as a planet.

All that being said, this coming weekend Apollo-class Asteroid 2019 YM6 will be whizzing by our planet at a speed of around 30,100 miles per hour (or over 8 miles per second).

Asteroid 2019 YM6 is supposed to pass by Earth at a distance of 6,873,099 kilometers (or 4,270,745 miles), assuming the Yarkovsky Effect, which can alter an asteroid’s orbital path, doesn’t take place with the space rock.

2019 YM6 is a very small asteroid whose orbit crosses the orbit of Earth. NASA JPL has classified 2019 YM6 as a “Near Earth Asteroid” due to its orbit’s proximity to Earth, but it is not considered potentially hazardous because computer simulations have not indicated any imminent likelihood of future collision.

However, NASA reports Asteroid 2019 YM6 is approximately 420 feet in size, or the size of a pretty tall building.

A quick look at the orbits of both Earth and Asteroid 2019 YM6 on July 31 show just how close the two will come to colliding.

Also, Asteroid 2019 YM6 isn’t the only large space rock that will be zooming by the planet over the next week.

As always, NASA says we have nothing to worry about, until we do.