NASA Tracking 17,000 MPH Asteroid That Will Have An ‘Extremely Close’ Encounter With Earth This Week 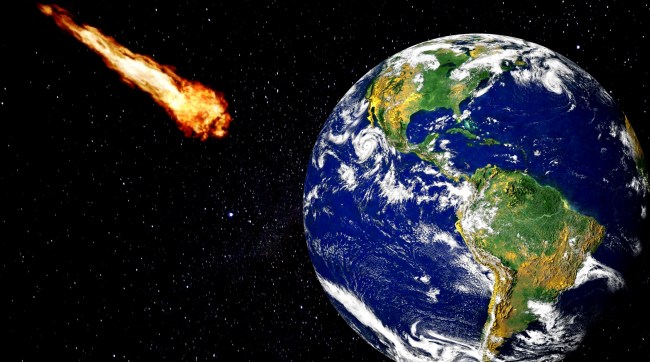 Just a small heads up for you here. NASA is currently tracking a space rock dubbed Asteroid 2020 SW that according to The Virtual Telescope Project will “have an extremely close” encounter with Earth this week.

As far as objects in space go, that is very, very close.

Which is why Asteroid 2020 SW, which is predicted to be a close as 17,456 miles from Earth, has been deemed a “Potentially Hazardous” Near Earth Object.

Also a bit concerning is the fact that Asteroid 2020 SW was only just discovered on Friday, Sept. 18 by astronomers at the Mount Lemmon Observatory in Arizona. 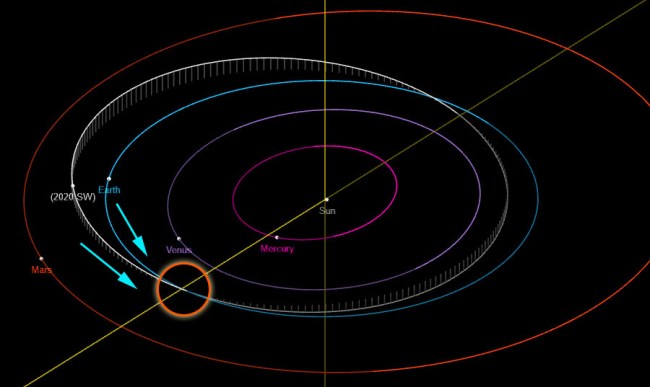 Considering the massive amount of space junk we have just left floating around our planet, and that Asteroid 2020 SW will fly by at a distance closer than television satellites typically orbit, one wonders if it might crash into something out there.

On the positive side, The Sky Live reports, “Based on the latest high precision orbit computations performed by the Jet Propulsion Laboratory (JPL), it is confirmed that Asteroid 2020 SW is not going to impact Earth in the near future.”

Of course, bearing in mind the fact that experts have said if an asteroid were to head straight for Earth there is basically nothing we can do to stop it, what else would they say?

So, cross your fingers and hope the Yarkovsky effect – where when the asteroid’s trajectory is changed as it is warmed by radiation from the Sun – doesn’t occur with Asteroid 2020 SW because regardless of whether it hits our planet or not its orbit will be changed by the close encounter.

You can watch exactly how close Asteroid 2020 SW comes to Earth in the video below beginning at 6:00 p.m. ET on Wednesday, Sept. 23.

Previous asteroid news…
• Another asteroid set to blast by Earth closer than the moon at 38,000 mph this week
• A giant asteroid is getting ready to skim by Earth closer than the moon at 18,000 mph
• Three major asteroids deemed ‘near Earth objects’ will be zooming by Earth over the next few days
• NASA is tracking a ‘potentially hazardous asteroid’ as big as a skyscraper flying by Earth
• PSA: A ‘potentially dangerous’ asteroid almost a mile wide is on ‘close approach’ with Earth
• Heads up, there is an 1,100 foot wide asteroid heading our way and it’s going to get very, very close
• Did you feel that? 4 asteroids just buzzed Earth, one only a third of the distance from here to the moon
• Researchers now believe massive interstellar object discovered in 2017 was ‘ripped’ from an alien planet
• Alien expert believes he’s uncovered a extraterrestrial base on an asteroid in NASA image
• NASA is tracking a monstrous asteroid on Earth approach with the potential to wipe us all out
• Head for the bunker, NASA is tracking a giant asteroid on earth ‘approach’
• Heads up, a pack of asteroids is hurtling towards Earth at speeds of up to 27,500 MPH this weekend
• Russia plans to build a base on the moon to track asteroids on a collision course with the Earth