Head For The Bunker, NASA Is Tracking A Giant Asteroid On Earth ‘Approach’ 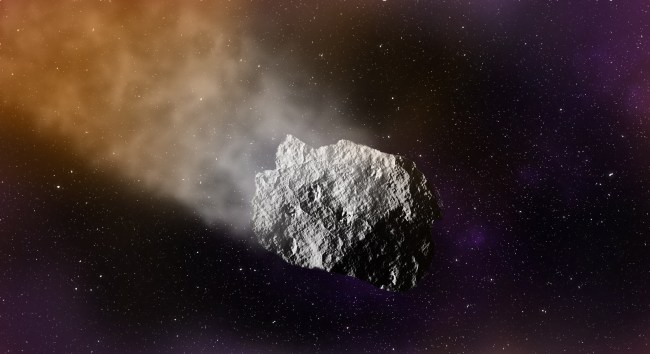 Considering the fact that NASA is has discovered somewhere in the neighborhood of 19,000 near-Earth objects (NEOs), known to laymen as asteroids and comets, is it any wonder that some day one of them is probably going to eventually hit our planet, causing unimaginable devastation?

Not that a giant asteroid striking Earth is about to take place, say, this week, but I’m not saying it won’t won’t happen. At least based on a new report about a space rock named Asteroid 2018 AL12, published by the Daily Express

The International Astronomical Union Minor Planet Center has Asteroid 2018 AL12 making its run at Earth this week at a Lunar Distance (the average distance from the center of Earth to the center of the Moon) of just 18.15 (4.3 million miles) – which is a pretty small distance when talking about space. 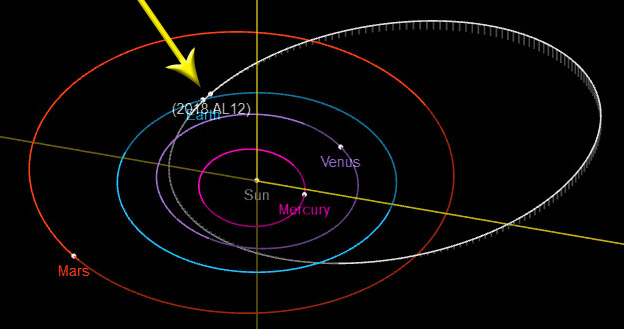 Combine that size with a speed of a speed of of nearly 40,000 MPH (or around 11 miles per second), and it is certainly not an asteroid to be trifled with, which explains why NASA is keeping a sharp eye on it.

NASA claims the likelihood of Asteroid 2018 AL12 slamming into Earth is very slim (unlike these 10 dates when Apophis, the “Colossal God of Chaos” asteroid, could blow a hole in our planet).

NASA has also stated that “every day, 80 to 100 tons of material falls upon Earth from space in the form of dust and small meteorites (fragments of asteroids that disintegrate in Earth’s atmosphere).”

Experts estimate that an impact of an object the size of the one that exploded over Chelyabinsk, Russia, in 2013 – approximately 55 feet (17 meters) in size – takes place once or twice a century. Impacts of larger objects are expected to be far less frequent (on the scale of centuries to millennia). However, given the current incompleteness of the NEO catalogue, an unpredicted impact – such as the Chelyabinsk event – could occur at any time.

Any time, people. Any time.

Previously…
• Heads up, a pack of asteroids is hurtling towards Earth at speeds of up to 27,500 MPH this weekend
• Russia plans to build a base on the moon to track asteroids on a collision course with the Earth
• Space agency expert predicts ‘serious impact’ from an apocalyptic asteroid: we ‘need to do something about it’
• Apocalyptic will hit in the next decade and space agencies are covering it up, says biblical scholar
• NASA reveals 10 dates when Apophis, the ‘Colossal God of Chaos’ asteroid, could smash into Earth
• NASA says city-killer asteroid the size of The Great Pyramid of Giza will have a chance of smashing into Earth in 2022
• A potentially hazardous’ 3,000-foot long asteroid is flying by Earth: here’s how to watch it
• NASA has spotted a giant Apollo asteroid, the most dangerous class of space rock, on a concerning Earth-orbit
• New asteroid detected, named the fourth most dangerous to hitting Earth according to the European Space Agency
• Space agencies are going to crash a spacecraft into an asteroid at over 14,000 mph to see what happens
• Experts warn ‘100 percent’ chance of asteroid colliding with Earth and action needed to prevent mass extinction