A ‘Potentially Hazardous’ 3,000-Foot Long Asteroid Is Flying By Earth: Here’s How To Watch It 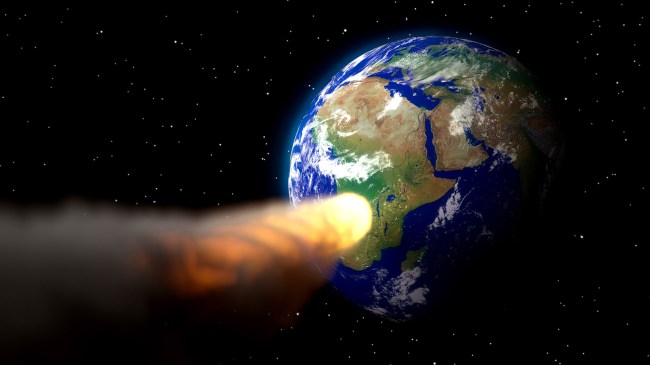 At approximately 12:21 pm ET on Friday, October 25th in the United States, an asteroid of up to 3,200 feet in length will fly by the Earth at around 25,000 mph at a distance close enough for it to be classified by NASA as “Potentially Hazardous.”

The asteroid, named 1998 HL1, is expected to pass by Earth at a distance of just 3.85 million miles, which in space terms, is cause for concern because, as we mentioned in our discussion of Apollo asteroid 481394 (2006 SF6), the trajectory of asteroids can change with little warning.

Italian astronomer Gianluca Masi predicts even amateur asteroid enthusiasts can catch a glimpse of the space rock. US-based space agency NASA has calculated the huge HL1 measures approximately 1,443ft by 3,248ft (440m to 990m) across. An asteroid of this size is theoretically capable of destroying a city in the event of a direct hit and cause “global” destruction upon impact.

Luckily, I think, you don’t have even be an amateur astronomer to watch Potentially Hazardous Asteroid (162082) 1998 HL1’s fly-by of Earth as The Virtual Telescope Project will begin streaming it live at Noon ET on Friday.

Masi, the head of The Virtual Telescope in Italy, said about the asteroid’s “remarkable” close approach to Earth, “Thanks to the size of the asteroid, and to the relatively modest distance from the Earth that it will reach in the coming days it will be possible to observe it also with small amateur telescopes, with a diameter of 200 millimetres or superior, appreciating the movement among the stars.”

Dr. Masi also explained that 1998 HL1 is considered “potentially hazardous” because of its enormous size combined with the relatively close distance at which it will be passing by the Earth.

The intersecting orbits of Earth and Asteroid 1998 HL1 can be viewed using the interactive animation on NASA’s website. 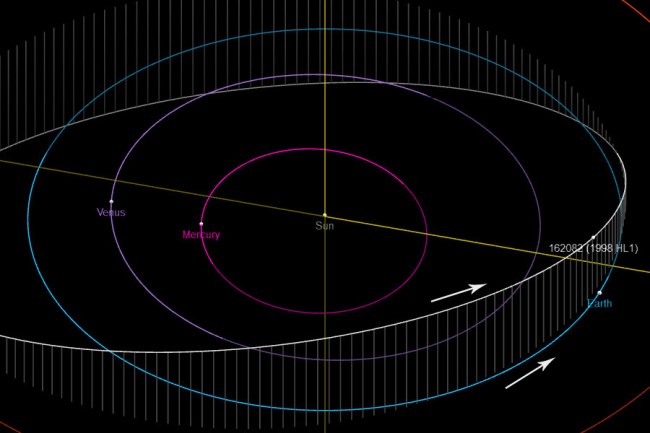 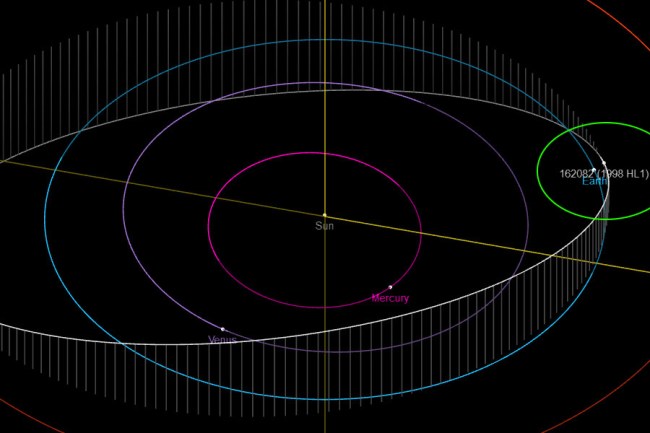 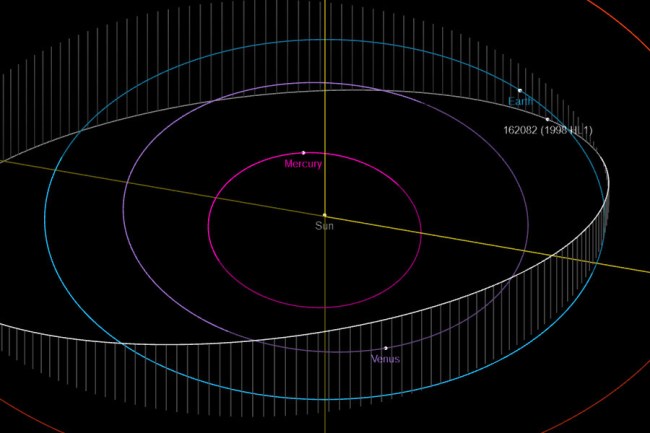 Related…
• NASA Has Spotted A Giant Apollo Asteroid, The Most Dangerous Class Of Space Rock, On A Concerning Earth-Orbit
• New Asteroid Detected, Named The Fourth Most Dangerous To Hitting Earth According To The European Space Agency
• Space Agencies Are Going To Crash A Spacecraft Into An Asteroid At Over 14,000 MPH To See What Happens
• Experts Warn ‘100 Percent’ Chance Of Asteroid Colliding With Earth And Action Needed To Prevent Mass Extinction
• NASA Preparing For ‘Colossal God Of Chaos’ Asteroid To Arrive In 10 Years, Elon Musk Says ‘We Have No Defense’