NASA Has Spotted A Giant Apollo Asteroid, The Most Dangerous Class Of Space Rock, On A Concerning Earth-Orbit 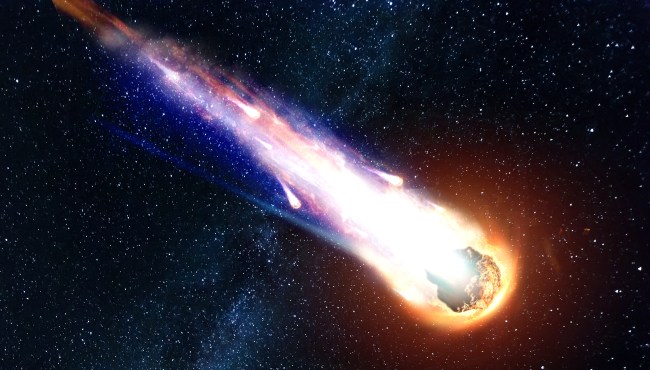 Don’t be alarmed, but a 900 to 2,100-foot diameter chunk of space rock, classified as an Apollo asteroid, is going to make what NASA calls a “close approach” around midnight on November 21st. An Apollo asteroid is the most dangerous class of asteroid used by NASA. Okay, you can be a little bit alarmed.

According to a recent Daily Express report, “Asteroids larger than approximately 35 meters [115 feet] across can pose a threat to a town or city.”

While that may not sound like it’s going to be very close to Earth, in terms of asteroids that’s close enough to warrant NASA’s attention. Especially considering the Yarkovsky effect.

The Yarkovsky effect, in this particular case, is when the asteroid’s trajectory is changed as it is warmed by radiation from the Sun.

According to the website Asteroids Near Earth, which tracks, uh, asteroids near Earth, asteroid 481394 (2006 SF6) is considered to be “hazardous.” 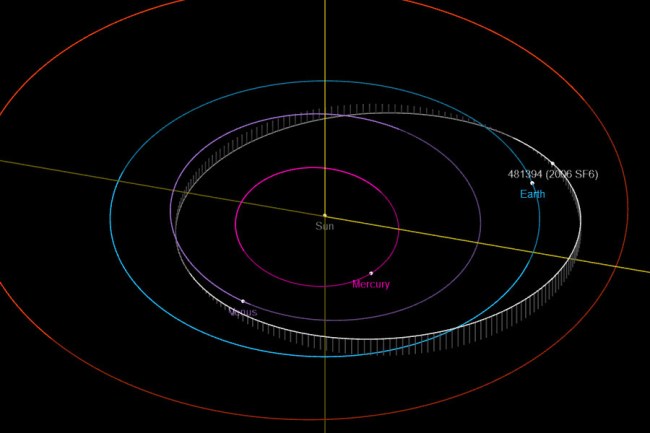 And where it is projected to be in one month… 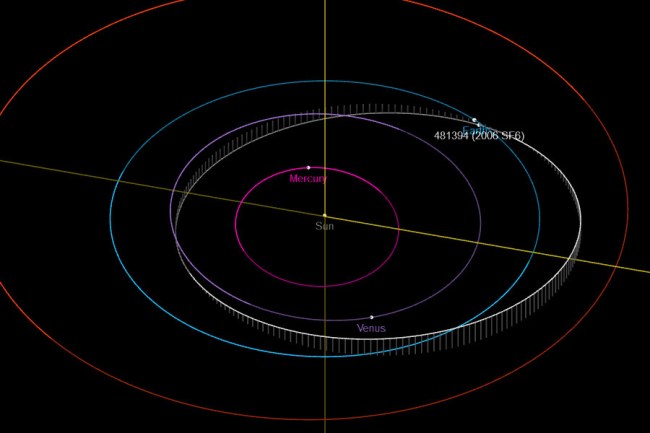 That is a little too close for comfort.

Related…
• New Asteroid Detected, Named The Fourth Most Dangerous To Hitting Earth According To The European Space Agency
• Space Agencies Are Going To Crash A Spacecraft Into An Asteroid At Over 14,000 MPH To See What Happens
• Experts Warn ‘100 Percent’ Chance Of Asteroid Colliding With Earth And Action Needed To Prevent Mass Extinction
• NASA Preparing For ‘Colossal God Of Chaos’ Asteroid To Arrive In 10 Years, Elon Musk Says ‘We Have No Defense’