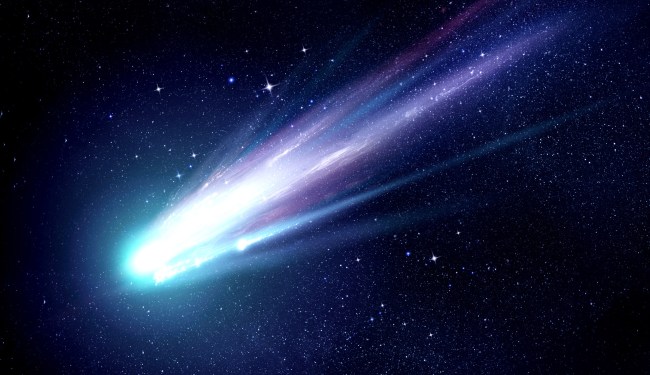 So far, we’ve been lucky when it comes to the number of asteroids that have zipped by close to our planet over the past several years. Let’s hope it stays that way over the next few days.

This week NASA is tracking not one, but three asteroids – or Near Earth Objects (NEO) as they refer to them – that will be making passes by Earth at rather close proximity.

NASA describes a Near Earth Object as “comets and asteroids that have been nudged by the gravitational attraction of nearby planets into orbits that allow them to enter the Earth’s neighborhood.”

If you are reading this, then there’s a good chance that we have already survived Asteroid 2020 KY flying by our planet as it is predicted to pass by Earth around 8:51 p.m. ET on June 9th.

Asteroid 2020 KY isn’t a big one, relatively speaking, at around 115 feet in diameter, but the fact that its cruising speed is in the neighborhood of 5,000 mph, it could still cause a massive amount of destruction.

The closest NASA predicts it will come to Earth is 0.044 Astronomical Units (AU). By comparison, Mars is 0.52 AU from Earth, while our moon is 0.0026 AU from our planet, so it will be somewhere in between.

The second space rock to buzz the planet this week will be Asteroid 2020 JQ2, which the Daily Express reports is about the size of a passenger plane will fly by on June 11th at around 7:38 a.m. ET.

It is expected to pass by Earth at a minumum distance of around 0.039 Astronomical Units.

The third asteroid, 2020 JS1, will also be passing by Earth on June 11th, only it will be cruising by at around 7:21 p.m. ET. Asteroid 2020 JS1 is predicted to come the closest to Earth of the three space rocks at around 0.025 Astronomical Units.

All three are classified by NASA as Amor asteroids due to their orbital paths, but none of the three is predicted to make any actual contact with Earth.

However, as IBT reports, if the largest of the three asteroids, 2020 KY, does happen to cross paths with Earth, due to its size it will most likely blow up before reaching land.

Not that it would be a good thing for that to happen, though, just… better than slamming directly into the surface of our planet.

Given the size of the asteroid, its mid-air explosion could be very powerful. Back in 2013, a 66-foot-wide asteroid detonated in the sky over a populated city in Russia. The energy from the blast was equivalent to about 30 atomic bombs.

According to reports, the shockwave from the explosion was powerful enough to damage about 7,000 buildings in the area.

Watch the orbital paths of all three asteroids below…

Previous asteroid news…
• NASA is tracking a ‘potentially hazardous asteroid’ as big as a skyscraper flying by Earth
• PSA: A ‘potentially dangerous’ asteroid almost a mile wide is on ‘close approach’ with Earth
• Heads up, there is an 1,100 foot wide asteroid heading our way and it’s going to get very, very close
• Did you feel that? 4 asteroids just buzzed Earth, one only a third of the distance from here to the moon
• Researchers now believe massive interstellar object discovered in 2017 was ‘ripped’ from an alien planet
• Alien expert believes he’s uncovered a extraterrestrial base on an asteroid in NASA image
• NASA is tracking a monstrous asteroid on Earth approach with the potential to wipe us all out
• Head for the bunker, NASA is tracking a giant asteroid on earth ‘approach’
• Heads up, a pack of asteroids is hurtling towards Earth at speeds of up to 27,500 MPH this weekend
• Russia plans to build a base on the moon to track asteroids on a collision course with the Earth
• Space agency expert predicts ‘serious impact’ from an apocalyptic asteroid: we ‘need to do something about it’
• Apocalyptic will hit in the next decade and space agencies are covering it up, says biblical scholar
• NASA reveals 10 dates when Apophis, the ‘Colossal God of Chaos’ asteroid, could smash into Earth
• NASA says city-killer asteroid the size of The Great Pyramid of Giza will have a chance of smashing into Earth in 2022
• A potentially hazardous’ 3,000-foot long asteroid is flying by Earth: here’s how to watch it
• NASA has spotted a giant Apollo asteroid, the most dangerous class of space rock, on a concerning Earth-orbit
• New asteroid detected, named the fourth most dangerous to hitting Earth according to the European Space Agency
• Space agencies are going to crash a spacecraft into an asteroid at over 14,000 mph to see what happens
• Experts warn ‘100 percent’ chance of asteroid colliding with Earth and action needed to prevent mass extinction