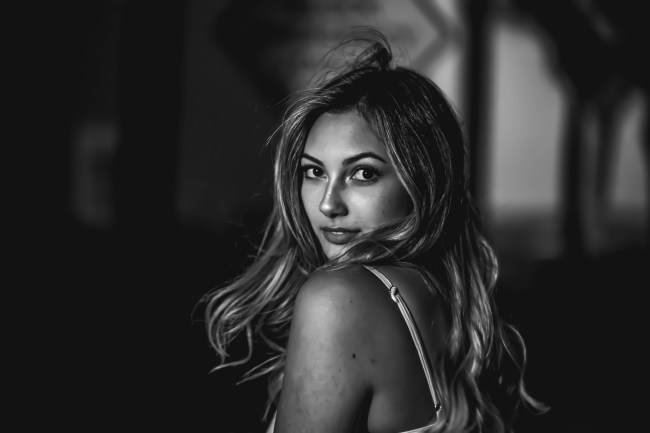 When seeing an attractive woman, you might be one of those guys who gets a little choked up, uncomfortable and shy, but, dammit, why does it have to happen? Rather than blame yourself for not being able to keep it together, you might just need to accept that fact that your brain will, at times, hold you back from being the regular Casanova that you are.

Believe it or not, that attractive woman that’s sitting by you in the coffee shop or bar’s giving you anxiety for a very good, but frustrating, reason — because the brain just can’t help itself. At least, that’s according to a new article published in The Atlantic, which spoke with Helen Fisher, a biological anthropologist who studies attraction at the Kinsey Institute, who explained that timid feeling you get anytime an attractive woman’s around.\

“When you see an attractive person, the left ventral tegmental area of the brain becomes active and will pump out dopamine. Dopamine is a stimulant to the brain, so some people might react with surprise or awkwardness.”

“The same thing probably happens when you look at a good painting,” says Fisher. “It can pump out the dopamine and perhaps make you slightly giddy.”

That feeling is the weak-kneed giddiness that very attractive people can inspire, which can leave you fumbling for words and feeling off balance, even though a dopamine rush is a fundamentally pleasurable experience.

According to Fisher’s study, that anxiousness and rush of dopamine comes from one thing we all wish to avoid: judgement. Unlike the comparison Fisher gives about seeing a painting, an attractive woman is bound to judge you back, possibly leaving you feeling inadequate. If that happens, your cortisol would increase, which can trigger something in your brain that makes you feel anxious and stressed, or, as Fisher puts it, “it’s the context of who you are, how you feel about yourself, if you enjoy surprises—lots of things.”

Sure, that attractive woman might be making you feel all sorts of weird things that just aren’t allowing you to be yourself, but, in the long run, remember that those good looks can only take her so far if she doesn’t have the personality to match. Here’s what Fisher added to that thought.

“Good looks are important in the beginning, because it gets you to look at a person and you might go talk to them,” says Fisher. “It’s a great first signal, but mating has breaking points and escalation points.”

In other words, there’s no need to freak out the next time you see an attractive woman, because, while she may look good, she may not even be able to stack up to what you’re ultimately looking for in a partner. So just keep on looking and remember to try and maintain your composure out there in the rat race that is mating and dating.