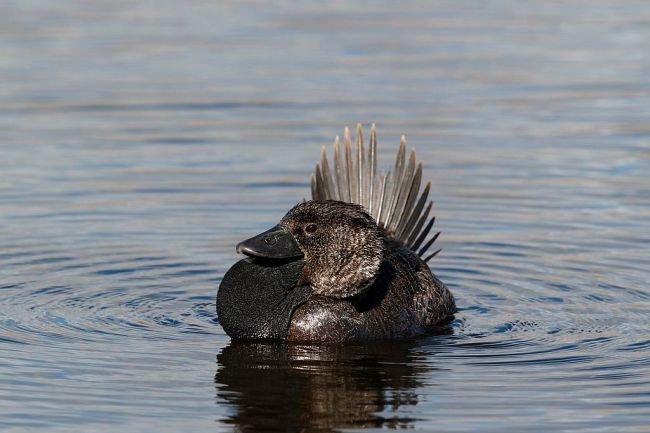 Unless you are reading this from the U.K., Ireland or Australia, you might not consider this duck to be saying a swear word. Even still, you’ll be rather entertained by a talking duck.

New audio of an Australian musk duck named Ripper has been recorded of the four-year-old saying profanity. Published recently in research published by the Philosophical Transactions of the Royal Society B, the recordings date back to about 1987.

Ripper was hand reared by an Aussie birder by the name of Peter Fullagar. That means he was fed and cared for by a human as he was growing up.

During that time, Fullagar was known for consistent usage of the phrase “you bloody fool.” The word “bloody” is considered a mild expletive overseas that relates to the blood of Christ.

Fullagar often said the word around Ripper the duck, and eventually, Ripper started saying it too. He also learned how to mimic the sound of his aviary door slamming.

The recordings were rediscovered as a part of a study spearheaded by researcher Carel ten Cate of the Institute of Biology Leiden in the Netherlands. He heard rumors of the talking duck and set out to find footage.

Cate believes that the audio might be the first documented account of a duck imitating a human. It has gone unnoticed by researchers until recently.

Thus, even though the bird was recorded 35 years ago, it is a very important rediscovery. Cate says that the discovery of vocal learning in a duck species is a very remarkable finding.

Songbirds and parrots have demonstrated their ability to learn words from humans, but for a musk duck, it is revolutionary. It’s an added bonus that Ripper hilariously happens to be cussing.