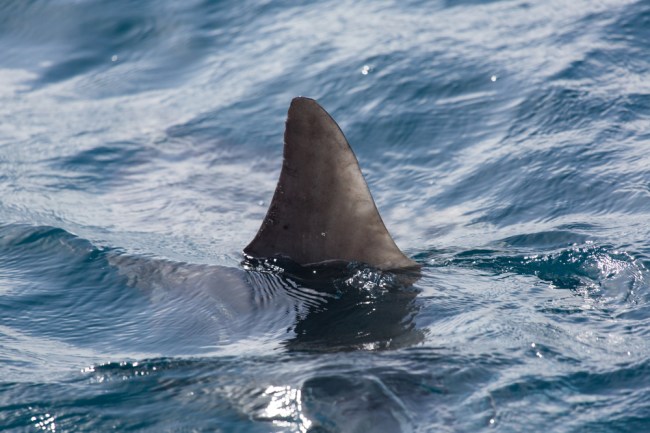 Do you have the testicular fortitude to pick up a shark that’s several feet long and toss it into the ocean? This Australian woman did when a shark had gotten itself stuck inside of the Cronulla rock pool, a natural rock pool adjacent to the water.

PEAK ‘STRAYA: A Sydney woman’s quick dip in a Cronulla rock pool was spoiled by a shark, until she took matters into her own hands… #TenNews pic.twitter.com/ckRzzeP36O

This is actually the second time in just a few weeks that a shark was found in the Cronulla rock pool. Back in mid-September, there was a juvenile great white shark in the pool. That shark was pretty much put on display for anyone who wanted to see it as part of a strange conservation effort, but this time around things was different.

The woman can be seen swimming over the shark, hovering for a moment, and then bear-hugging the shark before picking it up and tossing it over the railing and back into the ocean. A move that required some serious balls.

This woman is a national hero. Finds shark in swimming pool, just picks it up and puts it back in the ocean. https://t.co/4k3C1mbAoA pic.twitter.com/IReCFw5KMJ

This is how we roll in Australia. Got a shark in your pool? Pick it up with bare hands and chuck it over the edge. https://t.co/GZuAuLgevB

This woman belongs in politics.