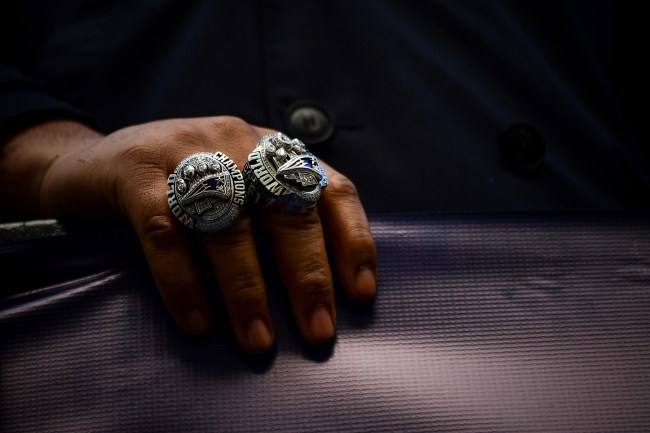 A championship ring for an athlete is the ultimate prize. But for scammers, these team-trademarked rings serve as a meal ticket, as they are used to scam the general public’s thirst to obtain a piece of sports history. Lest we not forget that Chicago Bears tackle William “Refrigerator” Perry’s supersized Super Bowl XX ring sold for $203,150 in 2015, becoming one of the top ten most expensive items sold that year through LiveAuctioneers.

People must have confidence what they are buying is authentic, and the Customs and Border Protection works tirelessly to weed out the imported frauds.

The agency announced that they intercepted a shipment from China to the United States carrying $11.7 million worth of fake team jewelry. The jewelry consisted of 177 pieces from MLB, NFL, NBA, and NCCA, including fake Philadelphia Eagles and New England Patriots Super Bowl rings, as well as faux New York Yankees’ World Series rings. The $11.7 million price tag for the 177 pieces works out to about $66,000 per ring.

Customs and Border Protection officers at JFK Airport in New York discovered the fake bling while examining incoming cargo from China on March 11, the agency said in a news release.

Customs and Border Protection said in a statement obtained by TMZ:

“This most recent interception of counterfeit sports rings demonstrates the ongoing vigilance and commitment to the mission by our CBP Officers and Import Specialists.”

Counterfeit goods, software piracy and the theft of trade secrets cost the American economy up to $600 billion a year, a private watchdog told the Associated Press in 2017.