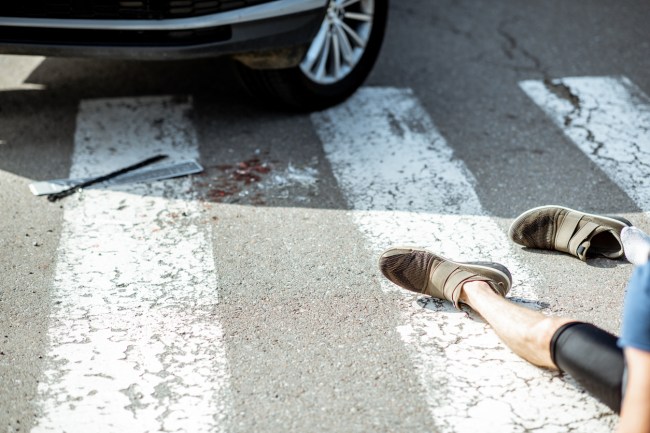 While society has made some major strides in recent years as far as technology is concerned, there are plenty of things we were promised in the past that have yet to come to fruition—especially as far as automobiles are concerned.

If Back To The Future was any indication, we should have cars racing across the sky right now, and while some people think we live in a world where you can sleep behind the wheel if you so desire, it’s still going to be an arrestable offense until self-driving gets perfected.

With that said, there have been some impressive innovations in the automotive world, as we do have cars that can park themselves and automatically prevent accidents from occurring.

Unfortunately, it would appear that second one is just a tad overhyped.

According to Auto News, AAA recently conducted a study to examine the effectiveness of the automated braking technology that purportedly makes life safer for pedestrians and, welp, things didn’t turn out too hot for the crash test dummies they used.

The vehicle used to conduct the test traveled at 20 MPH in the direction of the adult-sized subjects, who were hit by a car 60% of the time. AAA also used child-sized dummies and reported they got obliterated at an 89% clip—a number that rose to 100% when the speed was increased to 30 MPH.

The experiment was headed by Jonathan Adkins, who shared his thoughts on the matter, saying, “The alarm bells continue to sound on this issue. It’s clear we need to fortify our collective efforts to protect pedestrians and reverse the trend.”

It’s worth noting one of the cars used in the test was a Tesla, so if you still think the whole “sleeping behind the wheel” thing is a solid idea, you might want to reconsider unless you like getting arrested for manslaughter.