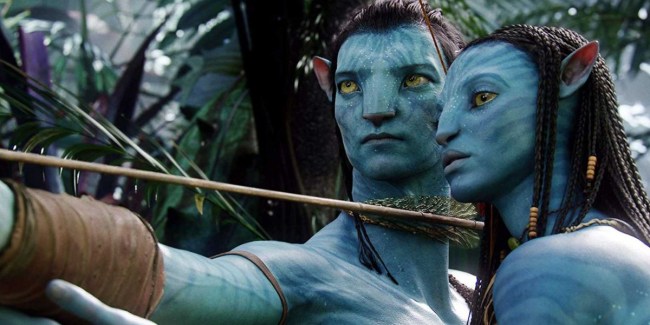 Exactly what I needed on this beautiful Friday morning. Exactly. Just a nice, meaty softball right down main street. Something I can obliterate out of the park with my eyes closed and a flick of the wrist.

First, some housekeeping, if you’re new to our “Gleefully Shitting Down The Windpipe Of Avatar” Series, here’s a quick look back:

Story Details For ‘Avatar 2’ Have Finally Surfaced, In Case You Forgot How Dumb The Plot Of This Franchise Is

If You’re 1 Of The 6 People Who Still Care About This Movie, Here’s A New Official Look At ‘Avatar 2’

Oh Wow, No Way, Stop Me If You’ve Heard This One Before: ‘Avatar 2’ Is Being Delayed

On today’s episode, we bring you the story of the Avatar production crew upsetting the fine people of New Zealand, who claim that the glitzy Hollywood project is being given preferential treatment over other businesses that are in far more dire situations.

The Avatar crew – along with workers for another, still-secret film – were allowed past New Zealand’s Covid-19 closed borders after the Government granted an exemption for them.

While nine-in-every-ten requests for special exceptions for overseas workers gets rejected before even reaching Economic Development Minister Phil Twyford’s desk, a charter plane carrying up to 56 film workers arrived in Wellington on Sunday.

Sorry, average New Zealander trying to restart your business after a once-in-a-century pandemic, can’t help you right now — we gotta deal with James Cameron lugging in a 600 pounds of underwater cameras and CGI-wetsuits so he can film two blue aliens 69ing each other.

Oddly enough, this news comes just as I decided — literally earlier this week — that I’m going to get BAKED and re-review Avatar. I’ve been windmill 360 dunking on this movie for 11 years now and I haven’t actually seen it since it was in theaters. I’m 27-years-old now — I was a 16-year-old teenager in 2009, who knows how my perception of it will change? Maybe I’ll hate it less. I’ll likely hate it more.