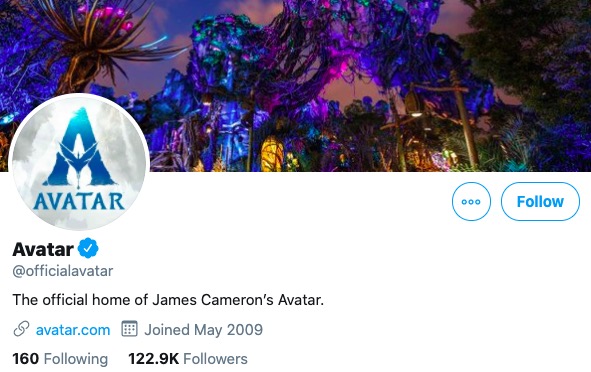 My one-man-crusade against the Avatar franchise is becoming so extreme that I’m now thinking about ways to tear down the movie even when I’m not working.

Earlier this week, for example, as I was writing about Avatar 2 being delayed (again!), I bet the readers $2 that they couldn’t name the movie’s lead actor without the help of The Google Machine. I ended up giving out like $14 bucks to complete strangers who were able to guess “Sam Worthington” because I simply felt bad that they’re riddled with carrying the burden of that knowledge around with them. No decent person deserves to be aware of Sam Worthington’s existence.

At this point, I’d reckon I’ve written about half-a-dozen articles about Avatar here at BroBible, and frankly, I’m not even sure if anyone is reading them. And I couldn’t give a flying shit less, either — I just want to get my hot takes off and dunk on Avatar like any good samaritan pop culture writer should.

Needless to say, you can imagine the glee I felt when I discovered — I was a few Guinness deep at the time, but still — that the “official” Avatar Twitter account has less than 123,000 followers. We’re talking about the second-highest grossing movie of all-time, a movie whose sequel James Cameron thinks will outgross Avengers: Endgame and one of their primary social media accounts has fewer followers than BroBible! When the first movie came out, Twitter didn’t even exist — now, here we are 11 years later, and not only has a sequel yet to be released, but their Twitter feed has the following of an A24-produced indie drama (no disrespect to A24, of course, those are my fucking dudes). They don’t even own the @Avatar handle! An absolute clown show.

If you’ve made it this far in the article, I’ve got some news for you: you’re officially part of The Resistance, so welcome to the cause, my brothers and sisters. Together, through sheer determination and force of will, we can systemically discredit and dismantle Navii or Pandora or whatever the hell that stupid planet of there’s is called. We are one, one we are.