‘Avatar’ Sequel Gets Official Title, Description Of The First Trailer Hits The Internet 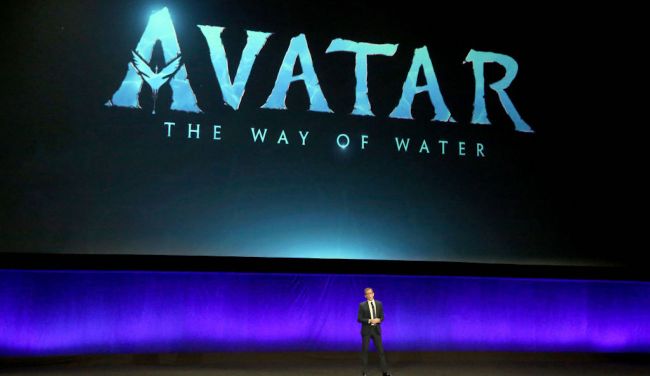 After over a decade of production, the long-awaited sequel to James Cameron’s 2009 epic Avatar is finally on the verge of being released, as the official title of the film has been announced ahead of the release of the first trailer in the coming weeks.

During a presentation at CinemaCon at Caesar’s Palace in Las Vegas, it was announced that the sequel to the highest-grossing film of all time would be titled Avatar: The Way of the Water.

According to reports out of CinemaCon, the first trailer for the film will be attached to Doctor Strange in the Multiverse of Madness, which hits theaters next week — Friday, May 6. Then, a week later, the trailer will debut online. Additionally, a description of the footage that was shown at CinemaCon has made its way online.

Avatar: The Way of the Water trailer description hits the internet

“Avatar 2 takes place in and around the ocean. Sully (Sam Worthington) and Neytiri (Saldana) have children. ‘Wherever we go,’ says Sully, ‘this family is our fortress.’ The sequel looks even more jaw dropping in its deep-blue visuals than the 2009 film.”

“All new creatures: We see the Na’vi on flying fish bird creatures, communing with a whale, and yet somehow divided despite their affinity with nature: The alien people are split, battling against each other in a guns vs. arrows fight. It’s truly a whole new world upping the stakes of the previous 3x Oscar winning film.” [via Deadline]

Avatar: The Way of the Water stars Sam Worthington, Zoe Saldana, Stephen Lang, Giovanni Ribisi, and Sigourney Weaver, who will all be reprising their roles from the first film. In addition, Kate Winslet, Cliff Curtis, Edie Falco, Michelle Yeoh, Jemaine Clement, and Vin Diesel, have also joined the cast. The film will finally hit theaters in the United States on Friday, December 16.