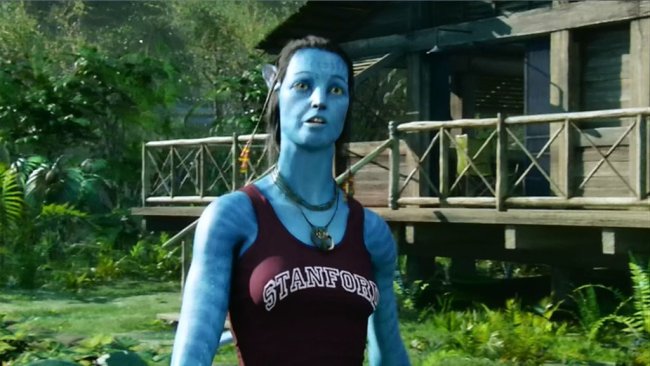 Did you know that about a year from now on December 16, 2022, the long-awaited (not to be confused with highly-anticipated) sequel to Avatar is set to hit theaters? I know, I know — we’ll believe it when we see it. That’s the only acceptable attitude to have when it comes to the Avatar franchise. After all, the original film hit theaters back in 2009 and James Cameron has been promising, and constantly delaying, a bevy of sequels ever since then. The first Avatar sequel was *originally* slated to hit theaters back in 2014, and yet here we are SEVEN YEARS LATER and we’re no tangibly closer to it now than we were back then.

Nevertheless, Cameron not only alleges that it actually exists but recently claimed that filming is done and they’re now finishing up the special effects. Despite the film’s heavy usage of special effects, though, Cameron apparently had acting legends Sigourney Weaver and Kate Winslet actually hold their breath underwater for over five minutes. So, just to get this straight: the sequels have taken so long so the special effects could catch up to Cameron’s grand desires, but they still aren’t good enough to simulate being underwater? Got it.

Many of the cast members prepared for the plunge by getting scuba-certified, culminating in a field trip to dive with manta rays in Hawaii. But when it came to filming, air bubbles and scuba technology would have interfered with the performance-capture process — so each actor had to train with professional divers until they could free dive, holding their breath for minutes at a time. Cameron says 72-year-old Sigourney Weaver, who’s returning in a top secret new role after dying in the first film, could easily hold her breath for six and a half minutes, while new cast member Kate Winslet “blew everybody away when she did a seven-and-a-half-minute breath hold.”

“My colleagues within the production really lobbied heavily for us to do it ‘dry for wet,’ hanging people on wires,” Cameron notes. “I said, ‘It’s not going to work. It’s not going to look real.’ I even let them run a test, where we captured dry for wet, and then we captured in water, a crude level of our in-water capture. And it wasn’t even close.” [via Entertainment Weekly]

this is a real frame from a 237 million dollar movie lol pic.twitter.com/ls7sd4hBRw

After not having seen Avatar since it originally hit theaters back in 2009, I rewatched it for the first time a few months ago and it was… just as awful as I remember. Hopefully, the sequels prove me wrong and legitimize the franchise as one of the greatest ever made, but until then, Avatar will remain arguably the most overrated movie of all time.