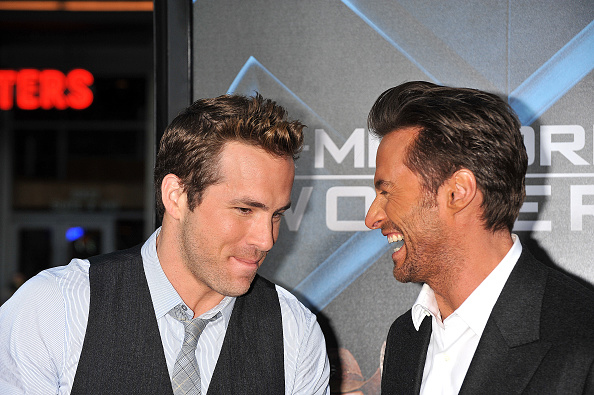 A week ago Ryan Reynolds was pranked by Hugh Jackman and Jake Gyllenhaal who invited the Deadpool star to an ugly Christmas sweater party when it in fact was a regular holiday party. Reynolds shared his embarrassment in an Instagram photo with the caption: “These f*cking assholes said it was a sweater party.”

This pic was instantly transformed into very relatable memes.

Me always with her BestFriend: pic.twitter.com/vi5MXGHFVh

Even Avengers: Endgame directors, Joe and Anthony Russo, took a dig at Reynolds with the meme and made it their profile pic on Twitter.

The Russo Brothers' new profile pic is almost too self aware 😂

OMG I MADE THIS.. 2days ago… and tagged them in my second instagram account… Is that real ?? @Russo_Brothers pic.twitter.com/QcEYfezSyf

Then Hugh Jackman then piled on and hit Reynolds with his own meme of the now famous photo of Ryan Reynolds dressed as a Christmas gift, gold bow and all.

Reynolds has taken a lot of L’s on this photo, expect him to come back with a vengeance in the ongoing prank war with Wolverine.