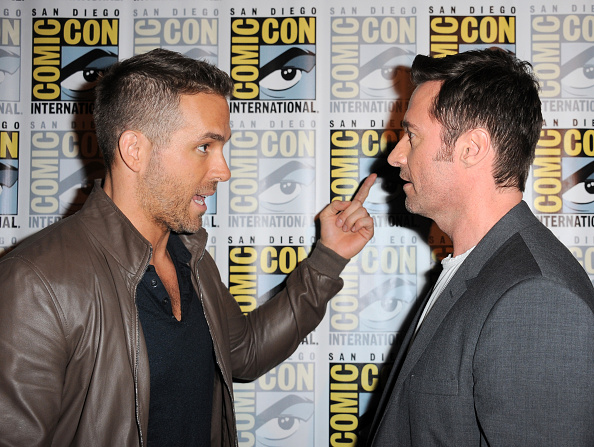 Hugh Jackman and Ryan Reynolds have a close relationship that also features a great deal of trolling each other. Last month, Reynolds poured fuel on the fire when John Krasinski got heated that Hugh had gotten a little too close to his wife Emily Blunt. Then Deadpool was in Hugh’s bed ruining a heartfelt birthday message and Reynolds crapping on Jackman’s tender anniversary message to his wife. The two movie stars busted each other’s balls on social media. The latest in the troll war is Hugh Jackman tricking Ryan Reynolds into wearing an ugly Christmas sweater.

On his @vancityreynolds Instagram page, Reynolds posted the funny photo with the caption: “These fucking assholes said it was a sweater party.” Don’t forget to swipe right for the second photo because Gyllenhaal and Jackman are really yucking it up about bamboozling Reynolds.

The hilarious prank has even been turned into a meme about 2018 ending and 2019 beginning.

Let’s hope for more trolling from Jackman and Reynolds in the new year.