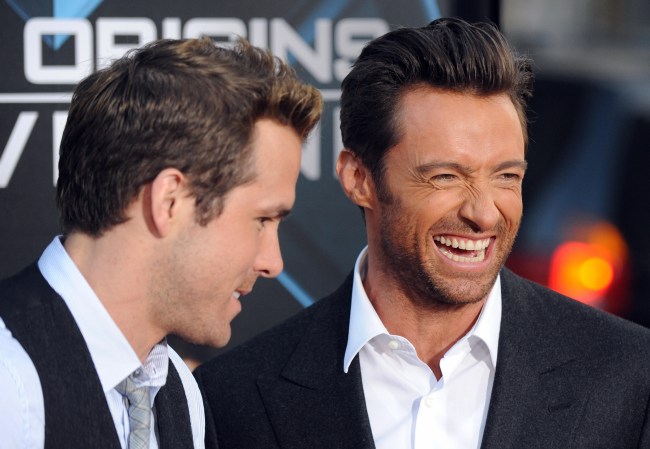 Bottom line: famous people shouldn’t get married. You mix insatiable egos with incongruent traveling schedules with endless other sexual opportunities and your marriage is going to work as well as my hog after a few post-dinner martinis.

With that said, there are the diamonds in the rough, the ones who succeed beyond all odds. Enter Ryan Reynolds and Blake Lively and Hugh Jackman and Deborra-lee Furness. The latter have been married for 22 years, which in celebrity terms translates to like five lifetimes in matrimony. They remain one of the longest tenured marriage in Hollywood.

On the day of their 22nd wedding anniversary, Jackman penned a heartfelt message to his wife with a shout out to their two children–Oscar, 17, and Ava, 12.

I believe in life we need to see and truly be seen by the most important people in our lives. Deb, from day one, we had that. 22 years later … it only gets deeper. You and the kids are the greatest gift I will ever receive. I love you a gazillion times around the world. pic.twitter.com/VsoDq4HxDw

You guys are the best couple ever 😻 you’re my role model ilysm ❤️ best wishes for you and Deb pic.twitter.com/NI4YMah04K

Aaaaand then he got dunked on by Ryan Reynolds.

I gave this 3 months. Tops. I was wrong. https://t.co/gxXSdACQ1X