‘Avengers: Endgame’ Set An Academy Awards Record Without Winning Anything 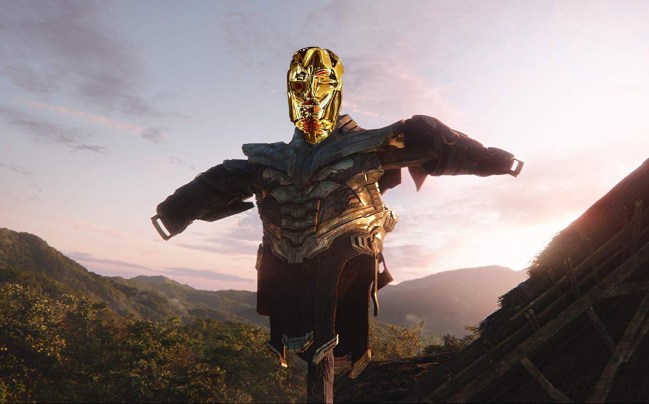 As Mark Jackson would say, Mama, there goes that man Avengers: Endgame, just setting and a bunch of records and shit once again. Sure, not necessarily records to be proud of, but records nonetheless. Look, this movie unseated shitpile Avatar as the highest-grossing movie of all-time, and for that, we are forever in its debt. Plus, especially now that James Cameron is out here guaranteeing that Avatar 2 — if and when it’s ever released (which frankly, at this point, I’m starting to think the existence of this sequel is more of a social experiment than an actual movie) — will outgross Endgame and reclaim the crown as the highest-grossing film of all-time. Horse shit. We, as a free-thinking society, must not allow that to happen.

Anyway, Endgame — aside from having the distinction of being, as previously mentioned, the highest-grossing film in the history of the medium that is cinema, it also now lays claim to the unfortunate title of being the first highest-grossing movie of all-time to not win any awards at the Oscars.

Gone with the Wind, The Sound of Music, The Godfather, Jaws, Star Wars, ET, Jurassic Park, Titanic, and Avatar — which all previously held the title of “highest-grossing movie of all-time”, each took home at last one golden statue for their efforts.

'Avengers: Endgame' is the first film in the history of the #Oscars to hold the title of highest-grossing film of all-time and win zero awards

Avengers: Endgame was only nominated in one category — Best Visual Effects — and ultimately lost to 1917. The Academy Awards had their lowest-viewed broadcast ever last weekend and that’s largely their own fault. Nine movies were nominated for Best Picture and the Academy allows for ten. Why not toss the spare nomination at Avengers: Endgame. Sure, Infinity War may be a superior movie, but the sheer scale and ultimate quality of Endgame make it worth recognition.