Apparently, The Bane Mask Industry Is BOOMIN’: Sales Of Bane Masks Have Spiked In Recent Months 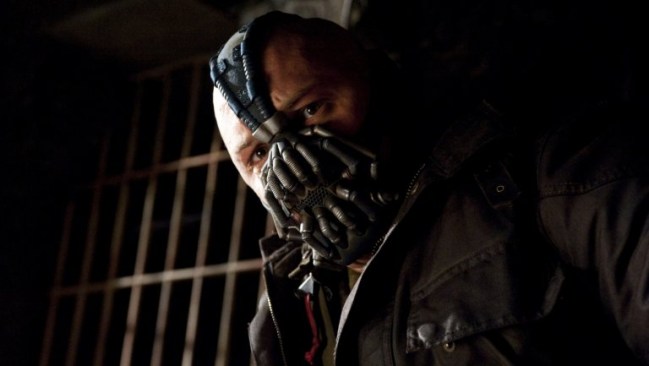 A few months back, I wrote an article about what the sequel to The Dark Knight would have been had Heath Ledger not passed away.

Considering the open-ended way The Dark Knight ended, I think it’s relatively obvious that Christopher Nolan, Warner Bros., and co. had future plans for Ledger’s instantly iconic portrayal of the Clown Prince of Crime. Obviously, those plans were unfortunately never able to come to fruition.

What we did ultimately get was The Dark Knight Rises, which is widely considered to be the worst film in the trilogy. While I’m not the biggest fan of TDKR, it did ultimately provide us with Tom Hardy’s version of Bane, which has since become a cultural phenomenon in and of itself. To this day, Bane’s various one-liners (particularly the “You think darkness is your ally) and bizarre voices are used in the culture with semi-regularity. I gently rest my backhand upon my roommates shoulder and asks him if he feels in charge every other week.

That Bane obsession is being proven in the midst of our current global situation as well, as reports indicate that the sale of Bane masks have spiked in recent weeks.

Plastic adult Bane masks (not approved pandemic wear by medical officials) are sold out on a number of costume sites, including Costume.com, BuyCostumes.com and HalloweenCostumes.com. There are still plastic masks available on Amazon.

David DeJac, spokesman for Costume.com, told The Hollywood Reporter that Bane masks have been sold out since early this month. “Looking at sales figures, the adult mask had quite a sales spike in April and early May, which is unusual for this time of year,” said DeJac, adding that a few children’s masks are still in stock. [via The Hollywood Reporter]

Unfortunately, though, the U.S. Military has already confirmed that Bane Masks do not provide proper protection. You do look quite badass, though, so it’s a fair trade-off.