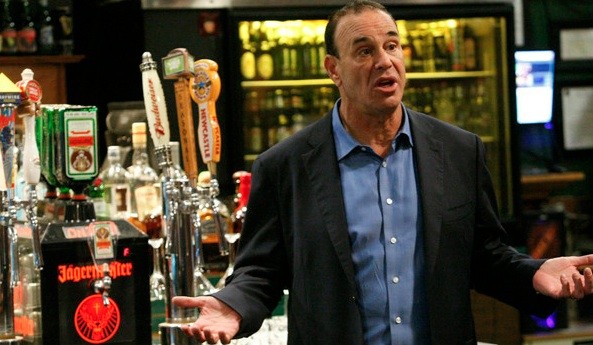 Like many people out there, I’ve spent the past few days sequestered in my place slowly making my way through the backlog of movies and television shows I’ve been meaning to get around to but failed to follow through on because when I’m faced with the prospect of spending two hours of my life watching a film or committing to a series with five season’s’ worth of 10 hour-long episodes apiece, it’s easier to just watch an episode of The Office or Parks and Recreation I’ve already seen four times.

I currently have a sizeable backlog on a DVR that’s almost filled to capacity with unwatched games of Jeopardy! stretching back to last year, 212 reruns of Cops, and (most importantly) a couple dozen episodes of Bar Rescue starring the one and only Jon Taffer (I also have the second half of Mark Wahlberg’s Boston Marathon movie I started watching at the turn of midnight and never ended up finishing).

A lot of people consider many reality television shows a guilty pleasure but that can’t be said for Taffer’s long-running examination of the worst establishments the bar industry has to offer, as I genuinely enjoy tuning in to see the man with a fascinating backstory rip owners a second asshole, eagerly anticipate the moment he shuts things down, and wait with bated breath to discover how many POS systems he’ll ultimately install when everything is said and done.

The newest season of Bar Rescue premiered a few weeks ago, but if you don’t have access to Paramount Network, you’ve missed out on some stellar episodes (including one featuring T-Pain) and won’t be able to tune into an upcoming one featuring Marshawn Lynch going Beast Mode on his employees.

However, if you don’t have a cable subscription, Bar Rescue has come to your…well, rescue, as the channel it airs on has decided to run a 24-hour marathon of St. Patrick’s Day-related episodes that you can view from now until 11 A.M. on Wednesday morning by clicking play on the video below.

Jon Taffer is truly the hero we deserve right now.