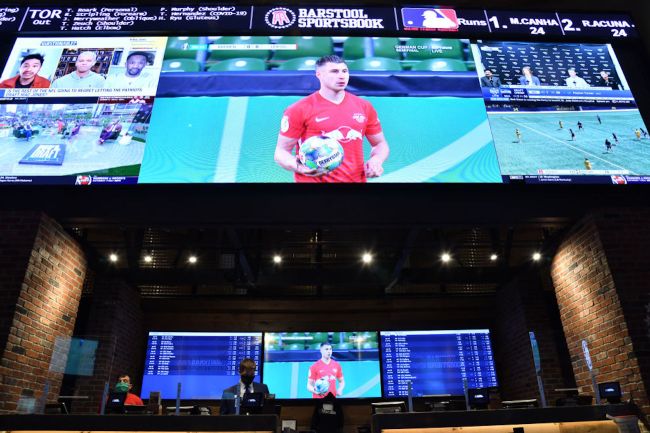 The Barstool Sportsbook, the sports betting app of popular media company Barstool Sports, is facing backlash from users on Twitter after an email to one of their customers went viral.

The email, posted by Twitter user @JoeyKnish22 on Thursday, May 13, appears to show the Barstool Sportsbook telling him that he is no longer allowed to bet on their promotional bets (often with boosted odds), as those bets are “intended for recreational members to explore betting on different sports and markets” and not for bettors “who show non-recreational tendencies.”

“We’re writing to inform you that we’ve made an update on your Player Account,” the email begins.

“Barstool Sportsbook and Casino promotions are intended for recreational members to explore betting on different sports and markets, not for bettors who show non-recreational tendencies.

Based on your previous sports betting patterns, our team has ruled that your account is not being used recreationally. Effective immediately, your Player Account will no longer be eligible for Barstool Sportsbook& Casino promotions and events.”

Naturally, Twitter user @JoeyKnish22 was none too pleased with the decision and posted a rant video to Twitter blasting the sportsbook, pointing out how they’ve essentially banned him for winning too much.

EMERGENCY PRESS CONFERENCE: @BSSportsbook @stoolpresidente and @BarstoolBigCat EXPOSED FOR WHO THEY REALLY ARE. CORPORATE SHILLS WHO ONLY TAKE LOSING BETTORS TO LINE THEIR OWN POCKETS. https://t.co/3PrQG5OzTB pic.twitter.com/hYJ3cz4qsM

In late March of this year, Penn National Gaming CEO Jay Snowden told CNBC’s Squawk Box that the Barstool Sportsbook would be available in Indiana and New Jersey in the coming months, followed by the likes of Virginia, Iowa, Tennessee, and Colorado.

At the time of this writing, the Barstool Sportsbook has yet to issue an official response to @JoeyKnish22’s grievances. Furthermore, it is unclear how many users of the sportsbook have encountered this issue.