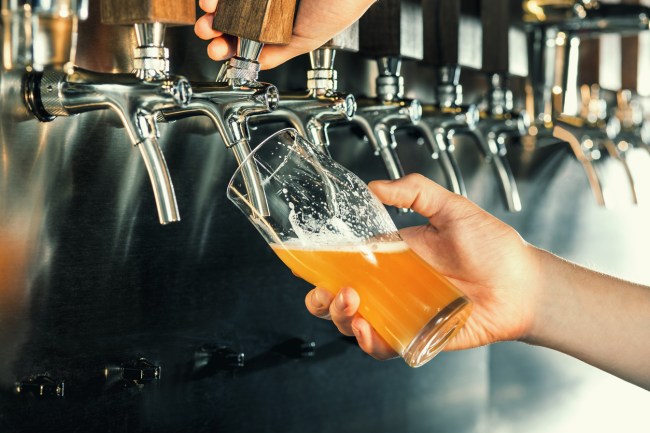 We’d be willing to bet you didn’t realize that beer was actually good for the foundation of our manly condition.

Despite the evidence that has emerged over the past year indicating that “no amount” of alcohol is fit for consumption, there is a growing body of evidence showing that, as long as we stick to beer exclusively, we stand a better chance at living stronger, healthier lives.

Much more so than those poor Keto bastards hammering their livers into submission with a straight vodka diet. It all makes perfect sense when you stop and think about it.

Back in the dark days of alcohol prohibition, the federal government gave doctors permission to prescribe booze for a variety of ailments ranging from depression to cancer.

Sure, we’ll be first to admit that the idea of beer (or wine and spirits, for that matter) having any real medicinal benefit was mostly a load of horse crap. It was really just a way to keep hardcore alcoholics from starting a revolution and burning the country to the ground.

But some of the latest science suggests that these old school healers and quacks were quite literally onto something groundbreaking when they started doling out medicinal sips to all the thirsty folks in their communities.

So as a homage to a time when “medical booze” was totally legit, here are eight ways beer is keeping you fit as a fiddle. 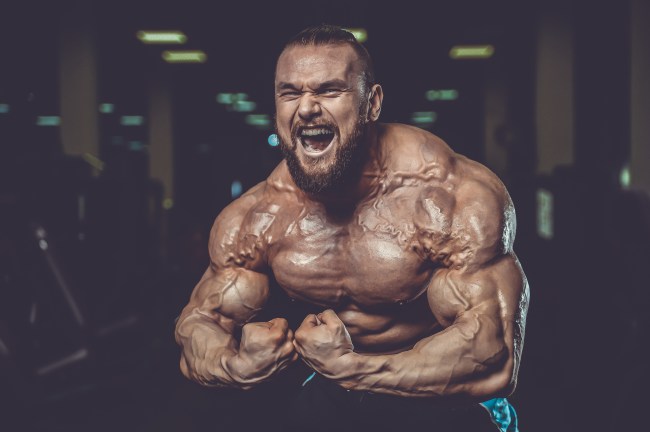 Listen, you’re an adult now. It’s time to stop drinking milk in pursuit of strong bones and replace it with beer.

Seriously, a study conducted by the University of California shows that beer contains dietary silicon that is supposed to help people maintain healthy bones and connective tissues.

Researchers associated with this study say the nutrients from beer are so powerful that, when used in moderation, they could help ward off bone deterioration later in life.

But just whacking down any old brew in the evening isn’t going to do the trick. IPAs, ales and pale ales are better choices, according to Mashed, since they have a higher silicon content than darker beers.

Although you may have encountered a boozehound at some point in your life that had not a single tooth left in his mouth, chances are it’s because he got them knocked out by some big-ass dude in the tavern parking lot in his early twenties. It sure as shit isn’t because he has a ravenous appetite for beer.

In fact, a study published in the Journal of Biomedicine and Biotechnology shows that Guinness has the power to snuff of germs that cause gingivitis and tooth decay.

Not only is this brew relatively solid at providing the user with a nice buzz, but it possesses antibacterial properties that promote a healthy mouth.

We’re sorry to report, however, that there doesn’t appear to be a beer on the market that can keep smart-mouthed dudes from getting their teeth kicked in early in life.

For that, we’re afraid you are going to have to lean on tequila, and quite heavily.

Also, a separate study shows that Guinness is also an excellent source of fiber.

Yep. This one’s for you, constipation guy.

The high fiber content is why it feels like you’ve just eaten a couple of loaves of bread after having one.

Guinness sits heavy, but they say it is technically lighter than most other brands.

So, feel free to have more than one.

Fortunately, because beer is apparently good enough at fighting off this disease, it doesn’t look like we’re going to have to tug off any farm animals soon.

Whew! A study in the journal of the European Association for the Study of Diabetes shows that moderate beer drinkers – up to six a week – were 21 percent less likely to develop diabetes. But this is really only the case in men.

The study found that women who consumed more than seven beers a week increased their diabetes risk by 83 percent.

Beer Is Good For Heart Health

Oh, beer, how we heart you!

For the drinker that is good at all of that “moderation” business, they could find their hearts in excellent shape.

Researchers at the Harvard Medical School found that those who consumed one pint of beer a day (and not a drop more) were 31 percent less likely to develop heart disease.

The benefits have something to do with alcohol’s ability to raise our good cholesterol. But once again, that’s only if you can stick to one beer a day.

The positives concerning heart health sort of go out the window with higher levels of beer consumption.

Beer Is Good For The Eyes

Raise a glass! To all of the other suds suckers out there, we see you!

No really, we probably see you better than anyone else.

Research shows that people who enjoy beer in moderation (just about one per day) are less likely to encounter a nasty eye condition known as cataracts.

The good news is that other research on the subject indicates that having more than one beer a day doesn’t have any detrimental effects on our vision.

So if you’re seeing double right about now, it’s probably just the booze and not a problem with your eyes.

You were in the clear after the first round.

Beer Is Good For The Immune System 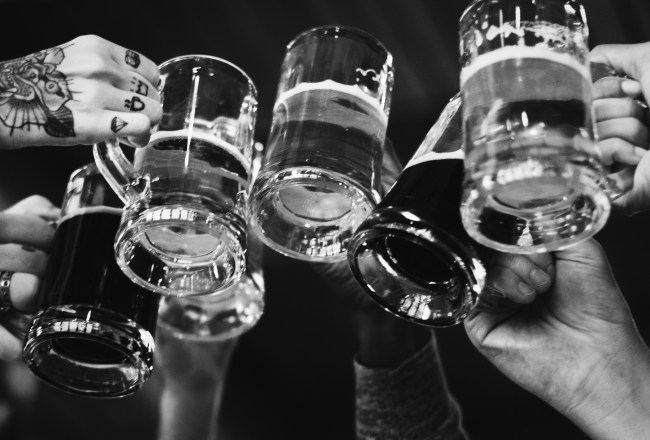 Photo by rawpixel.com from Pexels

While you are ditching milk from your diet and replacing it with beer in pursuit of healthy bones, go ahead and toss out the orange juice too.

Researchers at the University of California say that beer is just as good (if not better) than OJ when it comes to promoting a healthy immune system.

In laboratory tests using monkeys, researchers noticed that when the animals consumed alcohol as opposed to sugar water, they had stronger immune systems. But once again, the benefits were only present when the consumption was done moderation.

Come to think of it, we have been pretty healthy this year.

It turns out, beer is life – like for reals.

A study from the Warsaw University of Life Sciences found that people who consumed beer in moderation (there’s that word again) were 20 percent more likely to live longer.

To be more specific, beer-drinking folks were said to have a lower risk for cancer and heart disease. And it apparently works even if the beer is non-alcoholic.

So, you know, all of you kids out there that have bought into the no-alcohol lifestyle can still reap the health benefits by knocking back all of that “near beer” that is becoming so popular.

Beer also comes with a nice bonus benefit. Not only does it seem to help keep us alive longer, but studies show that it may also prevent us from developing arthritis down the road.

This is good news considering that healthy joints in our hands should make it easier for us to hang onto our brews after we get old.

Here’s to your health!