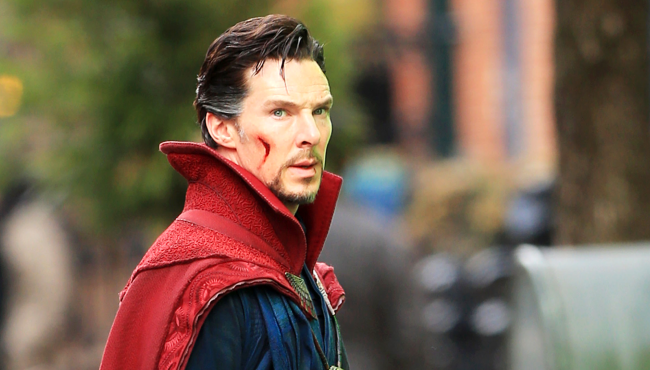 Everyone and their brother who watched WandaVision on Disney Plus was either expecting or hoping that Benedict Cumberbatch would make an appearance as Doctor Strange to weave some of his magic in Westview.

Alas, that did not happen, and based on a new interview with Cumberbatch by Jake’s Takes, he didn’t seem terribly aware of the fans’ wishes, nor did the prospect of doing such a thing appear to excite him very much.

“Oh, I’m sorry to disappoint you,” Cumberbatch said. “I don’t know… yeah, I mean that would have been fun, I guess. It would have led into Lizzie’s involvement with [Doctor Strange in the Multiverse of Madness], but ah hell, that’s all to come. We’re in the middle of it now. We’ve been filming since before Christmas and it’s very exciting.”

That was certainly a less than enthusiastic response to a question that was asked by millions of fans.

Then again, he is a part of the Marvel Cinematic Universe and we know that actors who work with Marvel Studios are, if nothing else, very tight-lipped when it comes to revealing anything that might give fans even the slightest hint about what is happening or is about to come.

Cumberbatch also intimated that he has been very busy, what with shooting the Doctor Strange sequel and working with his production company that just received five Oscar nominations for The Mauritanian.

“Yeah, so, ummm, I wasn’t in WandaVision,” he continued. “I’d been quite busy. I guess that’s why I mentioned The Mauritanian.”

Doctor Strange in the Multiverse of Madness is scheduled to be released on March 25, 2022 so it looks like we will have to wait until then to learn more.