There’s Only One ‘WandaVision’ Question That Matters: Where The Hell Is Doctor Strange? 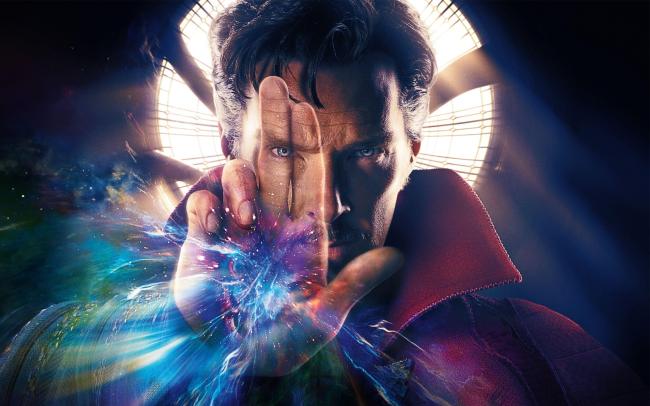 Following Avengers: Infinity War and Avengers: Endgame, I argued that Doctor Strange was the Avengers’ Most Valuable Player. Not only did he mastermind their entire five-years-later revenge strategy, but he was one of the few Avengers who was able to go toe-to-toe with the Mad Titan. Between his overarching strategizing or in-game athleticism and ability to hang with the best, the Sorcerer Supreme was an irreplaceable member of the Avengers in their universe-saving battle against Thanos. But where the hell has he been since?

In the aforementioned Infinity War, upon first meeting the equally pompous Tony Stark, Strange declares that his job, his purpose, is to “protect your reality, douchebag.” While undoubtedly a hilarious line, Strange hasn’t done much to back it up since, as there’s literally an alternate reality exploding about 30 minutes away from his midtown apartment.

Doctor Strange in Infinity War: “My job is protecting your reality douchebag.”

Doctor Strange when he has a reality to protect: pic.twitter.com/U7TQXRcARe

No more than a short trip down the NJ Turnpike are two dueling witches, threatening to permanently alternate the very fabric of reality, and Strange is absolutely nowhere to be found. Wanda using Chaos Magic to enslave an entire town? No biggie. Agatha Harkness clearly channeling something darker with her evil ancient textbook? Relax, as Aaron Rodgers once said. The perimeter of the Hex expanding uncontrollably? Wake me up when September ends.

Granted, while there’s still a sizeable chance that Strange finally teleports his lazy ass down to Jersey in the season finale, his absence up until this stage has been so striking, so glaring, that WandaVision needs to provide an explanation of where he’s been all this time. You simply don’t go from being the architect of defeating Thanos to losing track of an entire suburban town that sits within a stones-throw of your Bleecker Street bachelor pad without some sort of reason.

With the introduction of Chaos Magic and Wanda’s seeming downhill sprint towards madness, Doctor Strange’s arrival in WandaVision is now more likely than ever before. But whether or not Strange shows up in the season finale is no longer the primary question: the question now becomes where the hell he’s been all along?

the season finale of #WandaVision should be Always Sunny-style pic.twitter.com/HUojKNqVwE